A cleaner environment with the Ingredient Batching Systems dosing rig 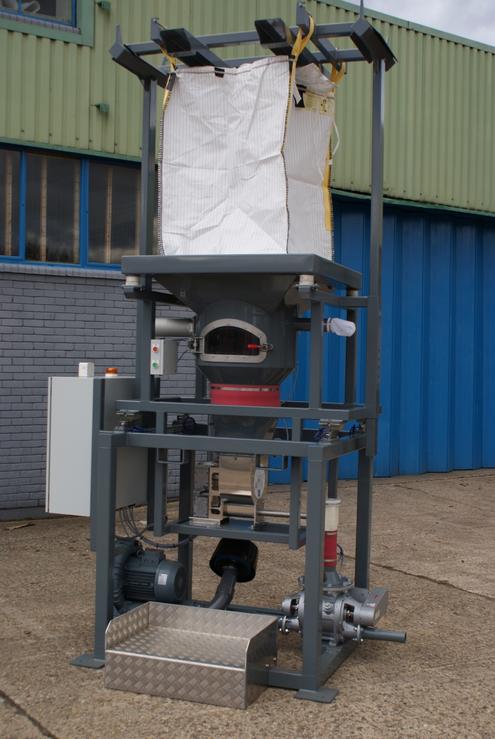 Waste incineration, together with many other industrial processes, generate flue gases. These often contain pollutants such as sulphur oxides (SO2 + SO3), nitrogen oxides (NOx), hydrochloric acid (HCl), hydrofluoric acid (HF) along with heavy metals, dioxins and furans.

Lime, hydrated lime and limestone-based products are all highly efficient reagents for capturing these contaminants and when mixed with other components, will also remove micro-pollutants. Making sure that that those lime based products are accurately introduced into the incineration process is critical; this is what the Ingredient Batching Systems dosing rig was designed to achieve. The Ingredient Batching Systems dosing rig pneumatically conveys hydrated lime into flue gas ducts and it does it repeatedly and accurately.

As each rig is skid mounted, fully assembled and tested prior to arriving on site, all that is needed is a 32Amp power supply for the dosing rig to be ready for use. Operation couldn’t be easier. Big bags of hydrated lime are loaded onto the discharge hopper using a fork lift truck - electric chain hoist versions are also available. A ‘Flo-Choke’ mechanism, which is located inside the access door, prevents premature release of lime until the operator has closed the door and released the choke using the red and green buttons on the control panel.

Below the discharge hopper is an inverter controlled, micro screw feeder that controls the quantity of lime being dosed. The dosing rig is supplied with load cells and provides complete control over the speed of the micro screw feeder. The rate of discharge for the hydrated lime is determined by the existing gas monitor which is generally mounted in the flue gas duct. The gas monitor - usually an analogue device with a 4-20mA output - will determine the dosing rate of hydrated lime, which is regulated by the rotational speed of the micro screw feeder. This method of operation ensures that only the correct quantity of lime is conveyed to the flue gas duct in order to manage the emissions and to avoid overdosing the lime.

If gas monitors do not exist, the rig can be supplied without load cells and the speed of the micro screw feeder can be set at a constant volumetric rate which will be determined during commissioning. The dosing rig is designed to operate between 5-500Kgs/hour depending on system requirements. The hydrated lime is pneumatically conveyed into the flue gas duct using positive pressure which is generated by a Side Channel Blower, mounted on the dosing rig. A single 2.5” nominal bore, flexible conveying line takes the hydrated lime from the dosing rig to the flue gas duct. While the standard conveying distance is a maximum of 30m horizontal and 12m vertical greater distances can be achieved if required.