ALLU Stabilization is one step ahead, providing a proven sustainable green solution for Ash ponds. 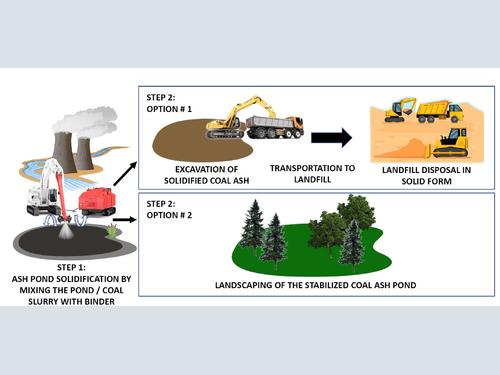 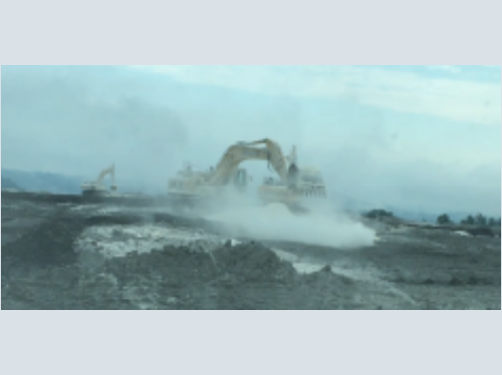 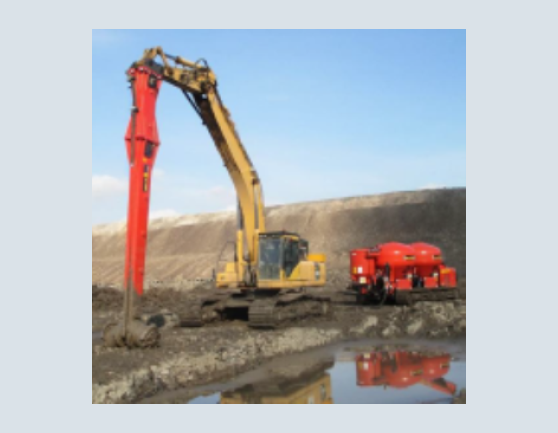 We are all aware of the environmental impact of coal ash in the US. With potential hazards to both the air and water being a concern to all parties involved. Loose particles of fly ash can float in the air to surrounding communities, causing various respiratory issues to nearby residents. Both abandoned and operational ash ponds have a high potential to seep into the groundwater carrying chemicals such as lead, arsenic and mercury to the municipal water supply.

What to do with these ponds has been at the center of much debate throughout the power generation providers along with environmental advocates. Finding an acceptable solution that would provide a safe permanent, solution that was economically feasible has been a challenge. The EPA permits two methods, closure in place and closure by removal. Each method presents it’s own challenges and downsides.

Closure in place or “capping” the pond is typically done using a process known as “bucket mixing” which is accomplished by dumping sacks of powdered binder (usually Portland Cement) onto the surface of the pond (NON-METERED). The binder is then mixed using the buckets of a tracked excavator. A shallow cap is formed as the cement hardens. Though much less expensive than removal. The main problem exists beneath the “cap” moisture remains in the unstable contaminated soil allowing continued seepage into the groundwater. The capped ground is unsuitable for building and difficult to repurpose. Additional dust pollution is also created during the bucket mixing process.

Closure by removal minimizes the overall risk of ground water pollution but presents it’s own set of problems. Compared to closure in place costs, removal costs and time can add up to more than five times that of in place closure. Relocation to an approved dump site (land fill) may also prove difficult with dust and contaminates being released during transport. Regulation of the dump site can also be difficult. If not properly maintained these sites can be affected by the wind carrying the reclaimed dust great distances. Storm water can seep through the ash and continue to contaminate ground water.

Deep pond stabilization provides an innovative solution that solves problems present in both capping and removal. The ALLU Soil Stabilization System has been used throughout Europe for more than a decade. The system uses a powerful mixing head attached to the boom of a mid sized excavator. The mixing head is fed a dry binder by a computer controlled high pressure feeder creating a homogeneous mix. Unlike bucket mixing; the system is capable of depths beyond 20’. The ash pond is stabilized from the bottom up and not just at the surface. The feeding system regulates with precision the exact amount of binder prescribed by the engineer to fully encapsulate the contaminated site. (BINDER COST CONTROLLED)

Area is stabilized from bottom up.

As it is now a solid mass. Potential ground water contamination along with dust pollution from wind, rain or during transportation are eliminated. Costs are controlled by removing the need to build and maintain dump sites. Less fossil fuels are used without the need to transport to an off site location. A solid surface remains that continues to harden over time allowing a re-purposing of the existing ash containment pond. A truly green sustainable solution.