Andusia on their way to best year yet 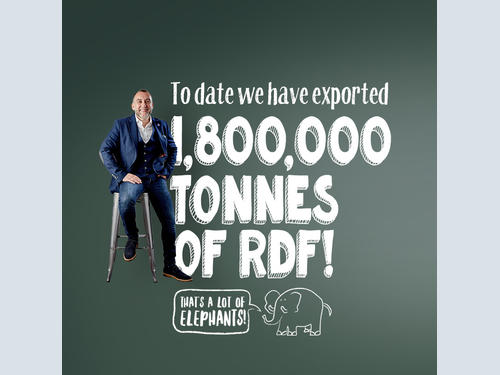 Andusia are proud to report that they have experienced their best eight months in volume terms; better than in the corresponding period from 2017 to 2021.

Exporting almost 141,000 tonnes from January to August this year, a 30% increase on 2021, this has seen a growth in the company’s total export volume of RDF, SRF and waste wood since launching in 2012 to 1.8 million tonnes. Waste that has not only been diverted from UK landfill but generating electricity and heat for residents in Northern Europe and Scandinavia.

In environmental terms, Andusia’s efforts have now contributed to almost 500,000 tonnes of CO2 savings in the last decade, equating to offsetting the CO2 generated by 10,000 people in the UK every year in Andusia’s 10-year existence. *

This year, 2022, is currently the companies third best performing year, behind 2015 and 2016, and is feasibly well on the way to becoming a record-breaking year for the business.

The increase in demand for waste material can be largely associated with the global issue of energy security this coming Winter, derived from the Russian energy crisis - Russia being a major supplier of oil, gas and coal for Europe. Energy from Waste facilities that would normally slow down or shut off over Summer have instead been accepting waste to store for the colder months ahead.

Andusia’s success can also be attributed to the large breadth of waste compositions they manage alongside extensive transport capabilities. Historically, Andusia provided a baled and wrapped delivery service in curtain-siders and containers but added bulk shipping to their logistics portfolio last year. The waste aggregator also stepped into the wood export market in April this year.

Developing a strong supply base of UK waste management companies; and establishing long lasting relationships with some of the largest EfW plants in Europe, have also been vital to the success of Andusia to date.

*Based on CO2 RDF/landfill data produced by Eunomia, 2015