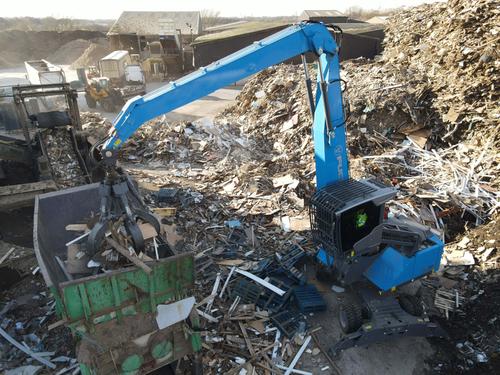 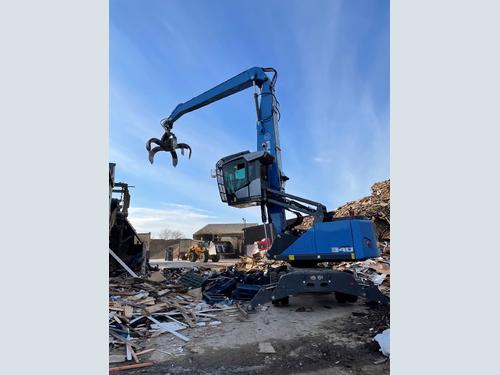 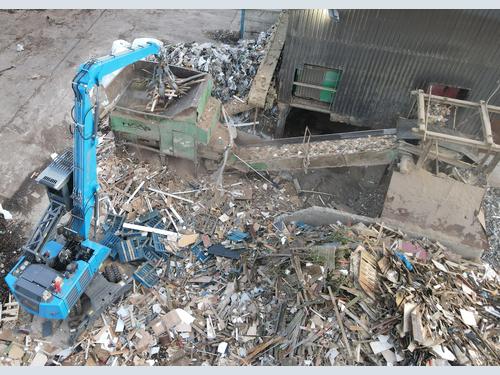 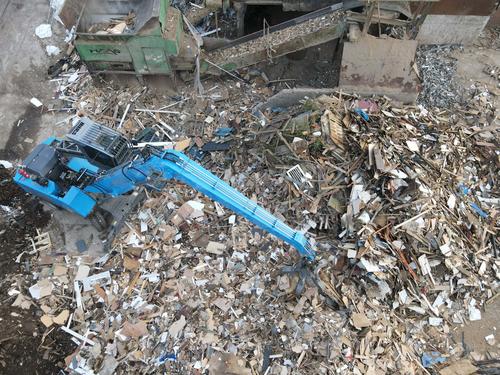 Boden & Davies Ltd was founded in the late 1950’s by Geoff Boden, to this day the company is still owned and run by the Boden family three generations down the line. The company first started trading on a small site in Stockport, the operations quickly outgrew the small site and the now the company has multiple sites throughout the UK, linked by their large road haulage fleet of over 60 vehicles.

Boden’s main depot is a 20-acre site as Astley, Manchester. At this site they run a wood recycling operation, recycling all types of waste wood with around 600-1000 tonnes arriving on site per day. 100% of this waste wood is recycled using a high-speed recycling process plant, with the recycled material going into several different streams, including the chipboard industry and the biomass sector.

The company have been purchasing machinery from Blue Machinery Central since Blue’s inception in 2004, taking on the UK’s very first Doppstadt DW 3060 slow speed shredder. Blue’s relationship with Boden’s has gone from strength to strength ever since, supplying the customer with a number of Slow-Speed and High-Speed Doppstadts Shredders, Doppstadt SM Trommels and Fuchs Material Handlers.

Their recent purchase of the Terex Fuchs MHL 340F is Boden’s fifth generation of Fuchs Material handler. The previous 340E model is still serving the customer well, currently being used to feed their biomass production for G50 grade. The E series machine still works a full shift and has nearly 15,000 successful operating hours on it.

Boden’s brand new MHL 340F, fitted with a 800 litre grab, is being used to feed their static wood processing plant. With its 13.7-meter reach, the handler proves to be a highly efficient method of feeding the plant. The operator drives the material handler into place, parks up and goes to work for 14-18 hours a day, transferring material from stockpiles into a static shredder.

We spoke with Mike Boden, who discussed the thought process behind buying their new Fuchs MHL 340F: “It’s just a case of reordering when we feel like we need to freshen up the fleet. Our old 340E has been a highly productive machine and is still performing well on our secondary wood processing line. We have looked at other material handlers, however our Fuch’s have always done exactly what we ask of them, so we stay faithful to the tried and trusted brand”.

Mike then goes on to talk about the upgrades the MHL 340F has on the 340E - “the biggest difference is the cab comfort; the operators love sitting in the new cab almost as much as they love sitting in their front room! It’s warm, comfortable and a lot quieter. Another key benefit is its ease of use. An inexperienced operator could jump on, pick up the controls quite quickly and offer a good level of productivity.  The 340F also has a better fuel return on the previous model and is generally just a nice upgrade on an already successful formula”.

Finally, Mike was asked about the back up and support service offered by Blue Central – “We have taken out a large R&M contract, which Blue were happy to supply us with. This means we do not have to touch that machine for the first 10,000 hours, offering us with piece of mind and that if we have any problems an engineer will be out to sort it for us. Blue Spares’ parts are always readily available with quick response times. If we ever have a problem whether that be service or parts, we know that Blue are just on the end of the phone and willing to help”.