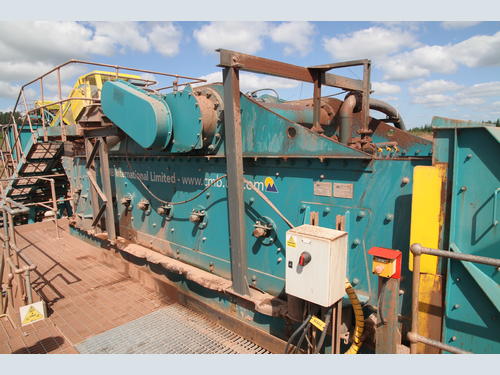 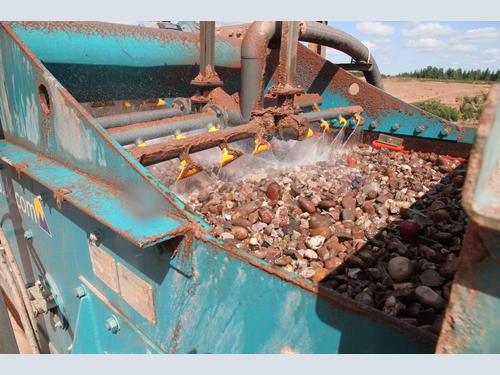 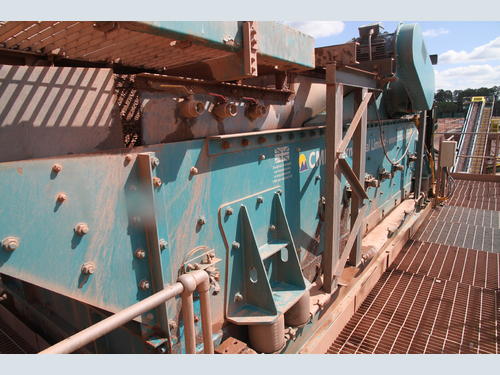 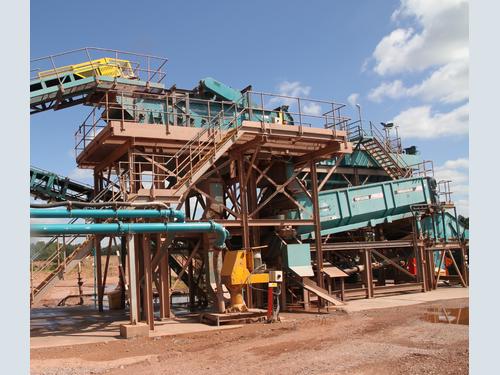 Owned and operated by CEMEX UK, Rugeley Quarry is a huge sand and gravel operation situated in Cannock Chase near Rugeley.

The 350-acre site which is the largest of its kind in the UK has sand reserves of 15 million tonnes and is unique in the fact that the depth of the deposit is dug to a depth of 60 metres.

The current processing operation produces in excess of 400,000 tonnes/annum and sells to concrete plants and building contractors as far afield as Telford, Stoke and Oldbury and also supplies an on-site bagging plant which is independently owned.

The range of products sold at Rugeley include fill sand, building sand, concrete sand, 4-20mm gravel, and a 10, a 14 and 20mm single gravel, which are not all produced at the same time, but supplied on demand.

The processing operation:
A six-year old aggregate processing plant is the main stay of the operation. Operating at 230tph the primary two-deck screen had recently suffered a progression of failures causing on-going interruption to production.

Gareth Fenna – QM, takes up the story, “We had been suffering reoccurring downtime and a decision was made to put out to tender for a new screen replacement which after deliberation we awarded the contract to CMB International.

“CMB were certainly the most economically viable and the group had awarded previous projects to them at Angerstein Wharf and Northfleet. As our screen was almost identical to the Northfleet one they were fully aware of what was needed and the first thing they did was to get the old screen back up and running again.”

After a site visit by CMB it was discovered that not only had the screen suffered bearing and gear failures it also had severe cracks across the deck and side plates. Following this discovery, it was decided that a complete replacement screen was required.

Within 6 weeks CMB had manufactured and commissioned a new CMB 280 ‘Dual-Drive’ 20 x 6ft double-deck screen that accommodated the existing SCS screen media. As the material at Rugeley tends to be ‘sticky’ requiring additional spray bars CMB came up with a design which was accepted.

Liam Holland – General Manager at CMB International, commented, “We designed a new spray bar system to fit the new screen which with a little tweaking and trying different nozzles we eventually succeeded in reaching the required tonnage across the screen.”

Subsequent breakdowns of the screen had made it a trying time and as Gareth points out, “We got over the first hurdle very quickly as CMB initially got the screen back into production and with their previous knowledge of the Northfleet screen they were then able to manufacture a new screen for us within six weeks, even producing a new spray bar system.

“It has been a great project that has left us feeling very confident with a new screen which coupled with their efficient service back-up will ensure that any future downtime will be kept to a minimum.”

Following the removal of the old screen it was despatched to CMB to have all viable spare parts stripped and stored at Ravenstone, Leicestershire.

About:
CMB International are based at Ravenstone, Leicestershire and and have continuously evolved over the years and now market their own range of crushing and screening equipment that is all designed and manufactured in their UK workshop.

With an ethos to provide effective on-site plant maintenance and help customers get the best possible production from their plant, the CMB philosophy has always been and remains customer driven.