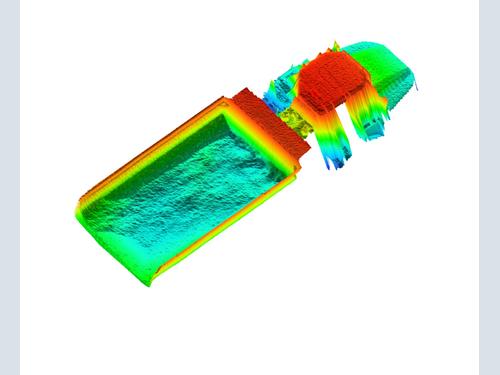 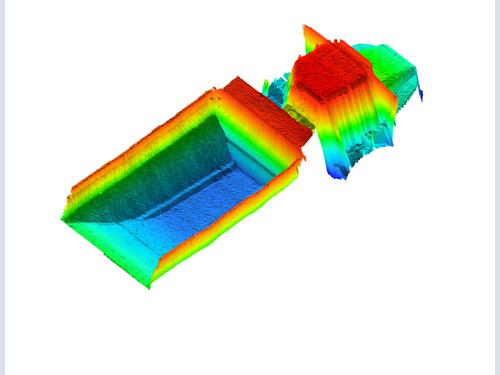 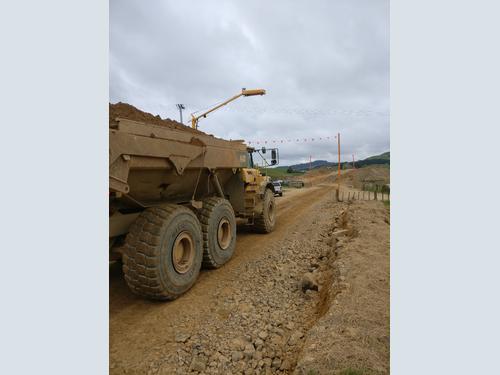 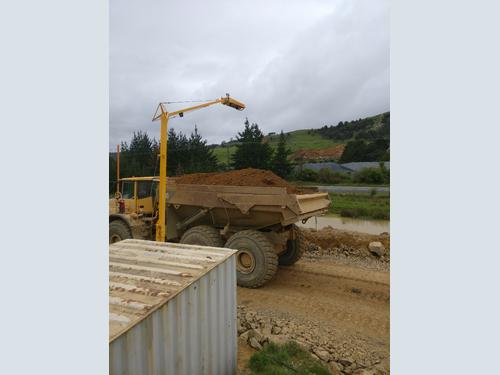 Rodney Aggregates Supplies use a load volume scanner (LVS) in their Whangaripo Quarry north-east of Warkworth, New Zealand, to minimise profit loss due to carry-back on their overburden stripping programmes.

Daniel Le Roux, Business Manager at Rodney Aggregates, says, “The scanner was measuring significant amounts of carry-back by the contractor. Especially this season where the material was sticky and wet compared to previous years.  This was often up to 5mᶾ per load, which on some trucks is 20-25% carry back - obviously a huge saving for us.”

The Whangaripo Quarry is a regular supplier of high-quality greywacke products (asphalt and concrete aggregates through to base courses and bulk fill) to the North Auckland region.

They strip up to 2,500mᶾ of overburden material a day and if Rodney weren’t using the Loadscan LVS they wouldn’t be aware of the carry back in the truck bins, which influenced the final payments to the contractor. In the years that they used the surveyed volumes compared with truck load count, carry back was never considered although it was present, therefore a discrepancy was between survey and truck count volumes. In terms of financial cost, if 20% of a truck load is haul back then the business suffers $3,250 per day cost for material not hauled. Over their six-day working week that’s $19,500.

Hypothetically, if the LVS unit has a conservative lifespan of 5-years (though being a touchless system with no wear parts it’s proven to last much longer!) that’s a saving of $4,875,000 in carry-back alone.

Loadscan’s LVS system utilises laser scanning combined with proprietary software that creates 3D model images of trucks to measure the exact volume of material loaded in a truck or trailer bin. Every system includes an RFID reader for the automatic identification of each vehicle, every load.

Not only does an LVS system enable proper management of loading and carry-back, but having highly accurate measurement of every load also gives users an auditable trial of transparent data.

For Rodney Aggregates that data has eased invoicing tensions. Le Roux says, “In the past we used to rely on an aerial survey to calculate volumes moved. This meant that during the season the payments/measures were based on load counts and the final payment was sorted at the end of the season after completing the final flyover. There were usually arguments over final amounts, so final payment was often agreed up to three months after completion of the works.”

Loadscan’s LVS system is completed by load-management reporting system called Overview. Overview provides Rodney Aggregates with the full picture of material movements on-the-fly. They are now equipped with the real-time actionable intelligence to monitor exactly how much product has been stripped by their earthworks contractor.

Le Roux says, “Another great benefit is having the data of loads/volumes real-time in front of me. It makes monthly payments accurate and reliable - no arguing with the contractor on volumes moved.”

The LVS model used by Rodney Aggregates is Loadscan’s mobile truck scanning solution (LVS-3TMM). The fully self-contained mobile truck measurement unit is driven to site and fully setup and operational in as little as 45 minutes. There are a range of power options, plus the ability to transmit truck measurement load reports via Wi-Fi, Cellular Modem or Network cable.

The scanner, with extended rigger, is set up to measure the 40T articulated dumpers removing overburden from the quarry. Rodney Aggregate’s LVS is equipped with a built-in kiosk so that it’s fully self-contained. Overview reporting software is used to process and sort scan data and to generate custom load reports. And the office is equipped with LVS remote control functionality via network cable/WiFi/cellular modem.