eRCV takes to the roads 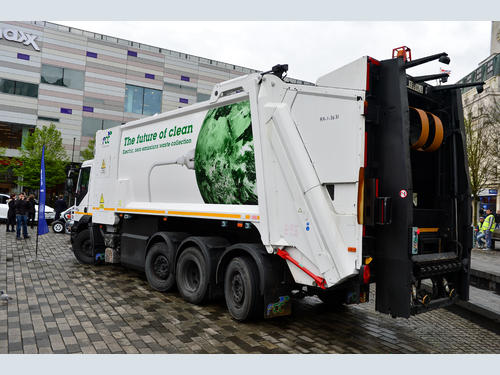 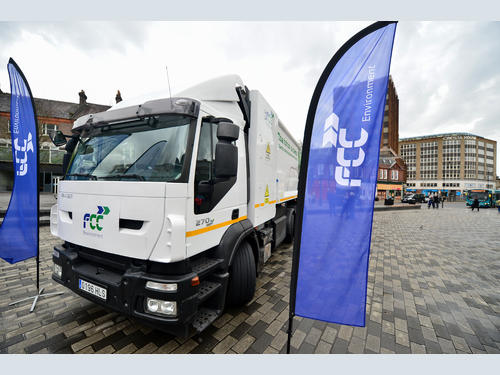 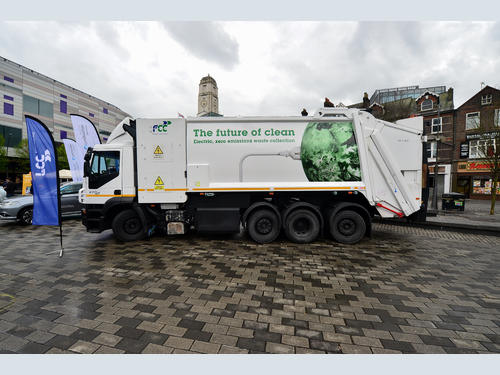 FCC Environment is touring the industry’s first ever all-electric Refuse Collection Vehicle (eRCV) around the UK this summer.

Visiting the UK from FCC Environment’s R&D facility in Madrid, the vehicle is:

The eRCV is part of a fleet that has been serving frontline operations in Madrid for the past five years.

FCC Spain has for many years had in place a long-term research and development programme involving alternative-fuel vehicles suitable for delivering environmental services. This truck is one of a few zero emission vehicles FCC has developed that is able to perform the demanding tasks of waste collection, at the same or improved performance to a conventional diesel-powered vehicle (payload, power and autonomy).

Fleets of the future
“FCC has been trialling this zero-emissions RCV in Spain for a number of years” said David Simpson, UK Head of Fleet, FCC Environment. “With the backdrop of government pressure to phase out diesel, now is the right time to highlight the potential of electric vehicles for the UK’s waste and recycling industry.”

Longer-term savings
Budget holders are recognising therefore that the greatest benefits of electric vehicles are to be found in commercial fleets. Switching from diesel to electric vehicles would bypass the risk of oil price hikes; while local authorities could charge their fleets from local energy-from-waste facilities – or even solar arrays at their depots.

David Simpson added, ““The market is developing rapidly, and the time when we will have cost parity between conventional and alternative-powered vehicles is drawing ever-closer. Without the financial and environmental cost of running diesel fleets, society could make significant gains within pre-determined timescales.” We as a nation have to look forward and with government support waste can be transported cleaner and efficiently using zero emission vehicles.

FCC Spain has been investing in R&D into alternative-powered vehicles for 44 years and now operates over 1,900 sustainable vehicles in Spain, including 100% electric models, hybrids and natural gas powered vehicles.

Comprising over 10% of the entire FCC`s Spanish fleet, these vehicles are actively lowering emissions and noise in urban areas. The hybrid plug-in vehicles leave the depot fully charged, function entirely from electrical power while operating in cities, and – if needed - recharge their batteries en route to the treatment facility.

FCC Spain has an entire range of electric vehicles, from narrow street sweepers to refuse compactors. Hopefully in time with local authority and central government support we here in the UK can also introduce a range of diesel free vehicles.