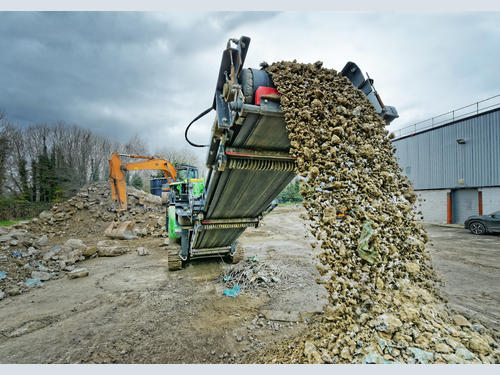 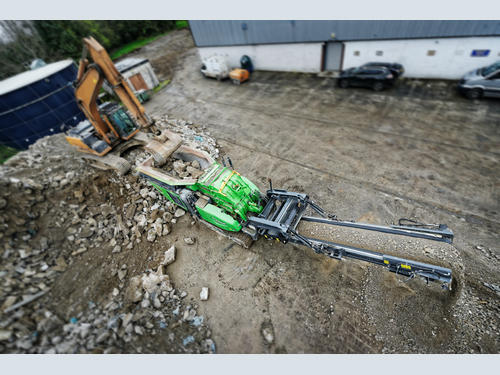 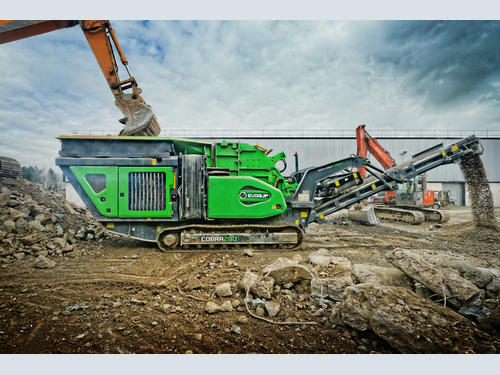 In March 2019, Terex Corporation announced a new manufacturing facility located in Derry, Northern Ireland, at an investment of £12 million. The new 105,000 square foot manufacturing facility will focus on the design, manufacture and development of product lines for Terex Ecotec (waste management and recycling) and Terex Conveying Systems (TCS) mobile conveying.The site purchased for the new facility, which will be operational later 2019, consisted of an existing building and ground area that needed redeveloped to meet Terex’s operational and manufacturing requirements. This included the processing of construction and demolition waste which resulted from site clearance of old blockwork and building rubble from internal walls, and concrete and plinths from the yard.

This waste material provided EvoQuip’s Cobra 290 impact crusher with the perfect opportunity to demonstrate its capabilities by crushing the material to be reused instead of sending it to landfill—saving money and reducing the environmental impact.

The material was initially broken up by an excavator and rock hammer and then processed through the Cobra 290 to create a usable product, which was then used as a base layer on the site for new concrete roads that are strong enough to handle the expected number of trucks. Kieran Devlin, Operations Manager Terex Campsie, said “The Cobra eliminated the need to purchase new material for the road base layer and also meant we did not have to pay to send material to landfill, resulting in great financial savings for us and reduced the environmental impact.”

The Terex Campsie site clearance generated over 650 m3 of inert waste material—material that would have ended up in landfill if it had not been processed by the Cobra 290.

The environmental impact as a result of processing on site was greatly reduced, as it eliminated the need for virgin raw materials, significantly reduced the number of lorry movements, and avoided the need to dispose of it in landfill, causing land pollution

Taking into account the cost of disposal, lorry hire, landfill tax and cost of imported stones for blinding against the costs of using the Cobra 290 hire, stock piling rubble, loading the crusher, depositing on site, allowance for separating out rebar, rebar salvage, allowance for residual non-crushed concrete for disposal, and allowance for reuse of surplus, there were also financial savings of approximately £9,000.

Alongside being better for the environment, this short project proved to be better on the pocket.