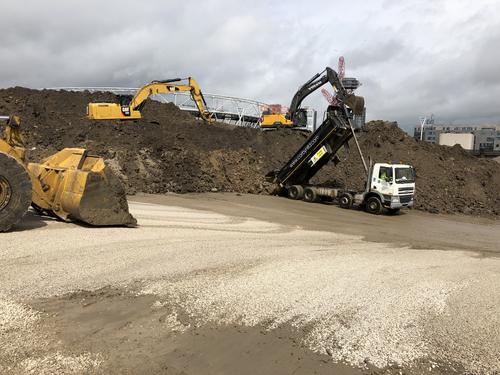 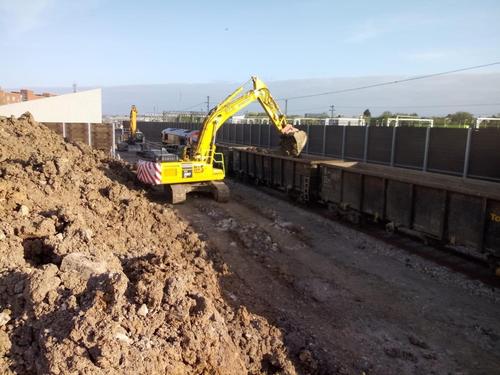 DB Cargo UK’s site is strategically placed and will allow FCC Environment to serve the North and West London markets, both of which have seen an increase in construction projects – most notably HS2 and the redevelopment of Euston Station. Sending the spoil on 1,400-1,500-tonne capacity freight trains will remove the need for more than 80 HGVs.

Operated in partnership between DB Cargo UK and FCC Environment, the terminal will receive up to 250kt a year, with the potential to increase this to 500kt annually. From Cricklewood, the spoil will be taken by freight train to FCC Environment’s site at Calvert, Buckinghamshire and re-used to restore the former quarry there. Cricklewood will also stock aggregates on site, allowing clients to ‘backload’ when delivering spoil at the facility; further helping to reduce the number of journeys made by HGVs through the Capital.

The Cricklewood facility is FCC Environment’s third in London, with two established terminals at Bow and Barking, which serve the East London and City construction markets and between them handle 500-600kt per annum.

Commenting on this latest development, FCC Environment’s General Manager, Roland Williams said: “We’re delighted to have opened up our third facility in London, allowing us to serve the construction industry in areas of London which are seeing a real increase in activity. We have been looking to establish a facility in this location for some time and our partnership with DB Cargo UK has allowed us to do this.”

Andrew Sumner, DB Cargo UK’s Head of Industrial Sales, said the new facility at Cricklewood would handle a range of materials for use in the capital’s construction industry.

“Our new facility at Cricklewood is of strategic importance to London’s construction sector and will remove thousands of HGVs off London’s already congested road network every year.

“A range of customers will be operating out of the site which has been built with a number of measures to minimise the impact of our operations on the local community.”