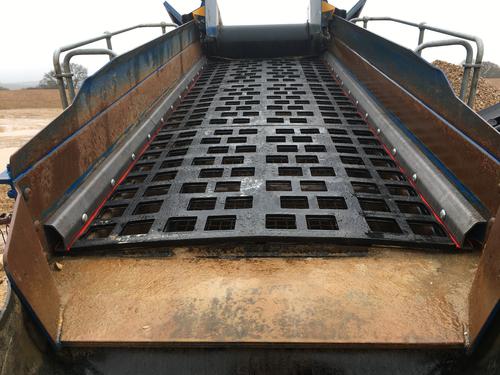 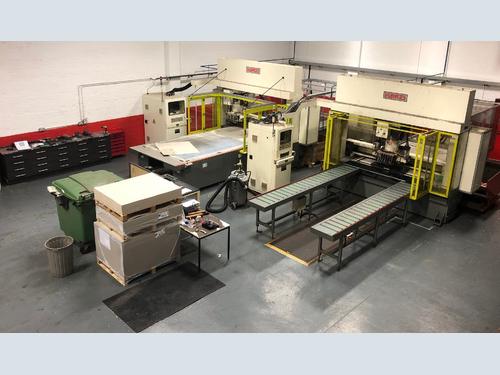 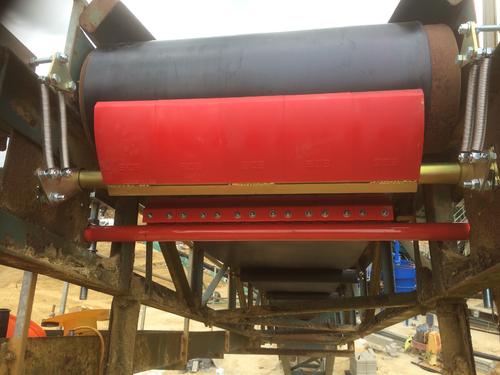 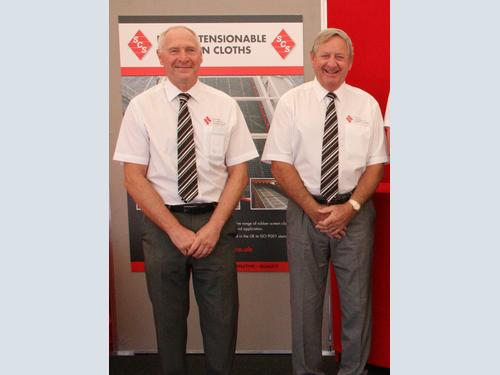 Over the last four years since Hillhead 2018, the world has been changing more than ever and is still going though large fluctuations, here at SCS this has been no different.

As everyone is aware the first major event came in the early part of 2020, with the effects of the global pandemic starting to be felt in the UK and the introduction of restrictions unheard of in most peoples’ lifetimes. As with all businesses in the UK we were constantly learning how we could operate whilst keeping our staff, customers, and suppliers safe. This seemed like a daily upward learning curve, but we worked hard to keep our doors open for business and ensure all staff remained employed with no detrimental measures undertaken.

Unfortunately, more difficult news was to arrive at the beginning of March 2020 with the sudden passing of our Sales Agent, Peter Woolfson who looked after the South-West region for nearly two decades. Peter was a well-respected and familiar figure in the quarrying industry, working nearly his entire adult life in various facets of the trade. He will be sadly missed, but not forgotten.

The beginning of April 2020 brought some good news, as SCS welcomed the arrival of two babies within two days of each other, one of them to Mark Martin, our General Manager. In May 2020, SCS celebrated another new arrival, in the form of a second screen mat punching station. This significant investment was made to ensure continuity of service and help with the rise in demand for punched screen media such as rubber screen cloths and polyurethane flip flow mats.

After over 30 years of working in the quarrying industry Malcolm Rowe, Managing Director of SCS retired in June 2020, after nearly 15 years with SCS. Malcolm’s relentless work ethic and knowledge of screening will be missed. The role of Managing Director has been passed on to Mark Martin, who will continue to support OEM and distributors with the backup of internal sales staff. Alongside this SCS has also expanded its sales force to four Sales Managers: Peter Burn (Northern), Alex Cox (Central), Karl Houghton (South East) and the South West which is currently vacant.

2020 was saving the saddest news until last, at the start of September Graham Martin lost his battle with Pancreatic Cancer, at the age of 77. Graham founded SCS in 1991 which formed the second half of his working life after serving in the RAF for 25 years. Graham was a well-loved and respected character within SCS and the industry. He has been sadly missed and will always form part of the foundation of SCS; he instilled high moral values such as honesty and integrity, and a legacy of providing unrivalled professional and knowledgeable service, all values we are proud to uphold as a company.

Close to the end of 2020 SCS and Smiley Monroe came to a mutually beneficially agreement for SCS to buy out Smiley Monroe’s screening business which was being sold to enable Smiley Monroe to focus and expand on its core business in the conveyor belt sector.  Both companies benefiting by strengthening their positions within their respective markets.

The UK departing from the EU came at the end of 2020, resulting in an unsure start to 2021. The year had its own surprises ahead, with some COVID restrictions still in place and companies introducing their own precautions, 2021 was set to be a demanding year.  The marketplace came alive again with several large building projects going ahead and many small projects being carried out.  This resulted in high demand for materials, but strained availability due to supply chain interruptions, with companies struggling with staffing from COVID restrictions or absence. Further to this, added costs from additional post Brexit paperwork has meant that prices begun to climb in many sectors. With heavy increases in metal and polymers of which all SCS products are made from.  In 2021 we dealt with more price increases from suppliers than in the previous four years combined, adding to continuous supply issues, and strains on delivery timescales due to demand.  In September 2021 SCS proudly reached its 30-year anniversary, celebrating a year which will be remembered for a long time as one of the most challenging in its history.

2022 has continued with the same challenges faced in 2021 with the hope that the markets will calm down and prices for goods will stabilise. When Russia invaded Ukraine, the whole world was rocked with another unprecedented event that will affect so many people. SCS has worked for many years with sites in the Ukraine; to show support for the people of Ukraine SCS has sent food and medical supplies and along with them we send our best wishes to the people caught up in this war and hope for a swift and peaceful resolution.

SCS is widely renowned for its screen media products, namely: polyurethane modules, rubber screen cloths and polyurethane screen mats. These along with its lining options in rubber, polyethylene and polyurethane make up the backbone of SCS product range. However, SCS would like to shine the spotlight on some of its lesser-known products.

SCS has a range of primary and secondary scrapers with polyurethane blades and tungsten carbide tipped blades. The most popular is the polyurethane head scraper designed by Graham Martin, due to its simplicity of design, ease of maintenance and low cost. If you keep your eyes peeled at Hillhead and you will see many of these scrapers on various bits of equipment. Alongside this sits the tungsten carbide secondary scraper which can be used in tandem with a primary scraper or on its own.

SCS holds over 20 tons of steel backed rubber that is used as a wear resistant lining material. It is supplied in two forms: standard square tiles or bespoke manufactured liners cut and drilled to suit. This type of liner is excellent for its impact and wear resistance and can be easily changed without specialist labour.

Another unsung hero is our range of polyurethane lined pipe and bends, which can be used to increase the wear life of standard steel pipework or are a good alternative to rubber pipes and bends.

After the exit from the EU even more strain has been levied on British industry and no more so than in the manufacturing sector. SCS is proud to be the largest British synthetic screen media manufacturer with ties to all parts of the United Kingdom. Now more than ever, with the world in such unpredictable times, SCS appreciates the continued support from our loyal customers. We look forward to seeing some of you at Hillhead.