Getting closer to nature at Hanson-RSPB wetland project 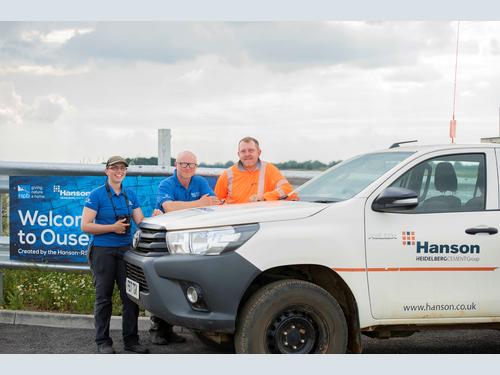 New visitor facilities are being opened at RSPB Ouse Fen nature reserve in Cambridgeshire to allow the public to visit the latest restored areas of the wetland.

Hanson and the RSPB are creating the UK’s biggest reedbed – an extremely rare habitat – much of which has been lost in Britain and the opening of a new entrance way and two new trails provides new routes to the heart of the nature reserve. At the new entrance is a short access-for-all path to a viewpoint and picnic area, with onward routes to new trails and connections to long-distance public rights of way.

Earlier this year, Hanson transferred a further 80 hectares of restored land from its Needingworth quarry to the nature reserve, which now covers 298 hectares. By the time the project is complete in 2030, this is expected to more than double.

Jonathan Taylor, RSPB senior project manager, said: “Our partnership project with Hanson is the largest planned nature conservation restoration scheme of its kind in Europe. It shows how collaborative working between industry and the conservation sector can deliver bigger and better habitat restoration.”

Over the lifetime of the project, Hanson will extract over 28 million tonnes of sand and gravel at Needingworth quarry. As quarrying is finished, Hanson restores the land to wildlife-rich wetland habitat and then hand it over to the RSPB to be managed for and enjoyed by wildlife and people alike.