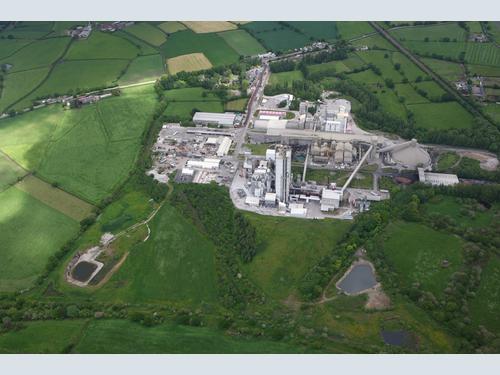 HyNet North West has been awarded funding totalling £72 million to create the world’s first low carbon industrial cluster through its development of a hydrogen and carbon capture and storage (CCS) project.

As a consortium partner, the announcement gives Hanson the green light to carry out a CCS feasibility study at its Padeswood cement works near Mold, Flintshire. This will provide a clear design basis and cost estimate for a carbon capture plant and connection to the planned HyNet North West CO2 transport and storage system.

The UK Government recognises the decarbonising of industrial clusters as an essential part of the journey to net zero greenhouse gas emissions by 2050, as described in its 10 Point Plan for a Green Industrial Revolution.

The HyNet North West project will reduce regional CO2 emissions by up to 10 million tonnes – including up to 800,000 tonnes from Hanson’s Padeswood plant – every year by 2030; the equivalent of taking four million cars off the road.

“Cutting CO2 emissions is a key priority for us, and we are excited to be one of the first UK cement producers working on carbon capture and storage (CCS) as part of this collaborative project.

“We’ve taken big steps towards reducing carbon emissions and have set ourselves an ambitious target of achieving a 50 per cent reduction in CO2 emissions by 2030, based on 1990 levels, and net zero carbon concrete by 2050. CCS at cement plants is a key part of our roadmap to net zero.”

The £72m funding announced today comprises £33m from UK Research and Innovation (UKRI) through the Industrial Decarbonisation Challenge (IDC) fund, and £39m of consortium partner contribution. It will allow HyNet North West to accelerate to a final investment decision for the initial phase in 2023 and become operational in 2025.

The HyNet North West project, led by Progressive Energy, is being developed by a consortium of regionally located partners including Cadent, CF Fertilisers, Eni UK, Essar, INOVYN (part of the INEOS Group) and the University of Chester as well as Hanson.