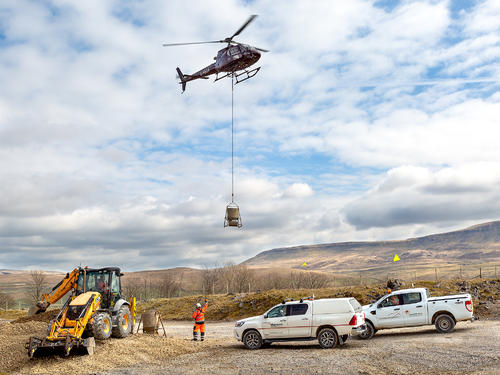 Stone donated from Hanson’s Horton quarry is being taken by helicopter to the top of Ingleborough in the Yorkshire Dale National Park to build a new path, which will provide a safe route for walkers and conserve important habitat.

The company is donating 600 tonnes of aggregate from the nearby quarry to build the new path, which is part of the popular Three Peaks walking route. The path through Sulber Nick had become badly rutted and the damage has been spreading over an increasingly wide area as walkers tried to avoid the boggy terrain.

Rangers and volunteers from the National Park Authority are using the aggregate to build a 1.3km path.