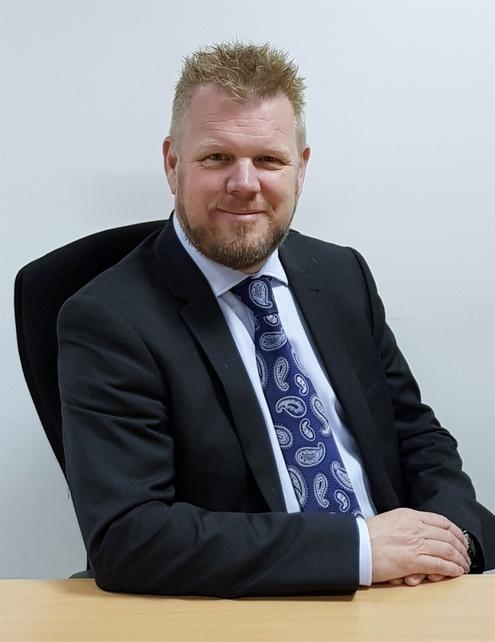 HCEE (Hyundai Construction Equipment Europe) has announced that Tony Reeves has joined the company’s team as the UK & Ireland’s new regional sales manager. Reeves comes to Hyundai with a solid background with more than 30 years’ experience within the construction equipment sector both in the UK and overseas.

As regional sales manager, Reeves is the point of contact between Hyundai and the manufacturers distribution network in the UK and Ireland. Reeves will be implementing and developing Hyundai’s strategy for the UK and Irish market, which is to grow market share against major competitors whilst building a sustainable business through the distribution network as well as optimizing relations between Hyundai, its dealers and end user customers. Reeves will be based at Hyundai’s regional office in Bracknell.

“I come to Hyundai with a positive attitude and lots of experience,” said Reeves. “I’m starting from a great position, with a strong and stable distribution network, along with a comprehensive range of quality excavators and wheel Loaders. I am really pleased to be here and very much looking forward to the challenge and working with the UK team and dealers to improve further the customer experience of Hyundai Construction Equipment.”

Reeves began his career in the construction sector back in the early 1980’s with plant rental company SLD Pumps as a plant fitter, progressing to depot foreman / hire manager. Some years later he joined Scania Trucks where he worked in parts, service, aftermarket and sales positions before becoming depot manager at the company’s Banbury depot.

In 2004 Reeves joined Bobcat as the UK and Ireland regional sales manager. In 2010 Reeves took a break from the UK and emigrated to New Zealand with the family and spent the next two years working for Clarke Equipment who are the biggest Bobcat Doosan dealers in the world.

On his return to the UK Reeves joined Miller UK, working closely with sales director Jacqui Miller. Miller wanted to take the company’s product to Australia and Reeves was able to use his previous contacts and experience to assist in the process of setting up the dealer network. Reeves also looked after Indonesia for Miller whilst maintaining sales in the South of the UK.

HCEE managing director Alain Worp commented on Reeve’s appointment he said, “We are extremely pleased having found a new sales manager for the UK & Ireland regions.

The UK & Ireland regions are of utmost importance for Hyundai Construction Equipment where we have held high market shares over the years. The experience which Tony brings is of huge added value and we are confident that Tony can build further on Hyundai’s expansion strategy. In Hyundai’s current dynamic times with lots of challenges ahead we are proud to have him on board.”