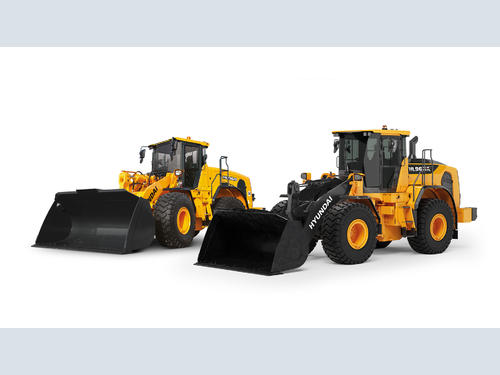 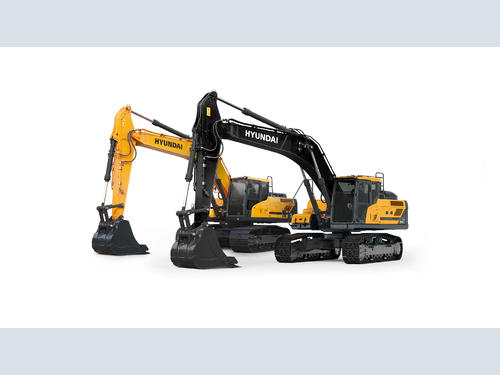 Today, during the yearly Construction Equipment dealer conference, at the European headquarters, a brand-new look for the A-series machines was revealed by the HCEE management team

The new Stage V compliant A-series machines, which includes wheel loaders and excavators, will now adopt a ‘fresh’ new colour combination - and the traditional yellow arm and boom, will be replaced by a modern grey-green tone, which is identical to the current colour of the undercarriage.

Ready to further strengthen the Hyundai Construction Equipment brand!
The new livery for the HCEE brand will enable customers to easily distinguish an A-Series machine in the field. HCEE says that changing the current colour scheme for the A-Series will have a big impact on the brand.

The new-look will strengthen the brand image.
Hyundai believes that the new grey-green colour of the arm and boom will give the A-series a more recognisable image – distinguishing the machines from competitors brands, as Hyundai strengthen its presence within the European market.

The colour of the ‘HYUNDAI’ logo, as featured on the boom, will also change and will be white and bold, which is aimed at improving the brand visibility and recognition of the machine. Again, this change will distinguish an A-series excavator or wheel loader operating in the field.

Brand quality improvement.
The new dark tone of the arm and boom will also ensure that the natural discolouration from oil, dirt and grease, will be less visible. Which will also look great from an aesthetic point of view!

The new colours will be applied to all A-series excavators and A-series wheel loaders with immediate effect.