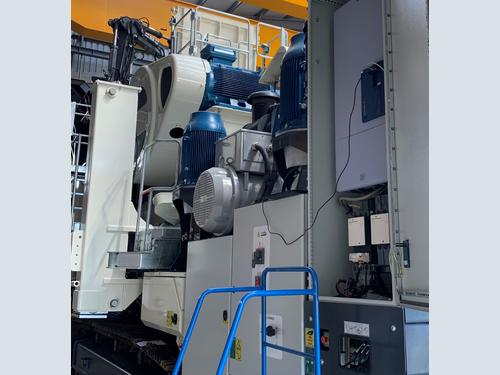 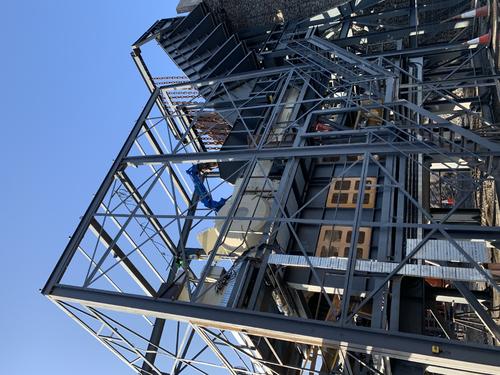 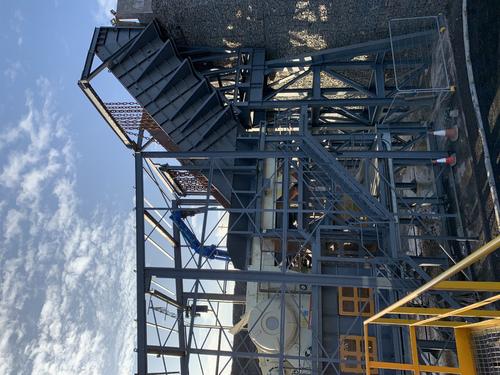 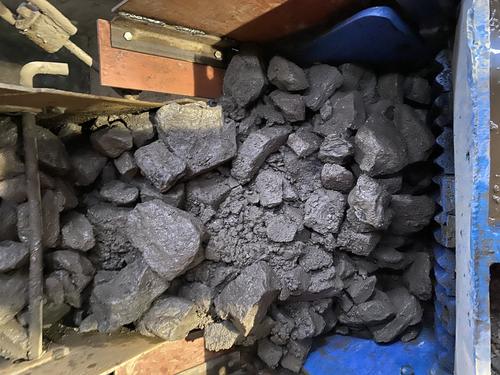 According to the Health and Safety Executive’s guidance for the safe operation and use of mobile jaw crushers, equipment operators may be subject to multiple risks including exposure to dust, noise, whole body vibration and being struck by objects ejected from the crusher. Here's how, WEG’s premier distributor Technidrive, developed an energy efficient automatic jaw crusher unblock system using entirely WEG products.

Commonly used in the quarrying, mining, recycling of demolition waste and chemical industries, jaw crushers are a reasonably difficult application for systems integrators, due to the large inertia of the fly wheel, cyclic loading and differences in materials that customers feed them with.

This didn’t prove to be a problem for Technidrive, who were initially approached by a customer looking to implement a new motor in their jaw crusher machine. With over 20 years’ experience in industrial drives, Technidrive used its expertise to meet the demands of the project and exceed the initial requirements. Using a combination of quality WEG products, Technidrive was not only able to improve the efficiency and reliability of the motor, but the efficiency and safety of the entire jaw crusher system. WEG was asked to supply the motor, control and alternator for the project due to the quality, versatility and energy efficiency of its product line and its technical expertise.

Crushing is an important process in turning rock into a useable product. Rock enters the jaw crusher from the top of the machine and gets compressed between two surfaces — the fixed and moveable jaw. The rock will continue to be crushed until it is small enough to fall through the opening. Ensuring that the size of raw material is appropriately matched to the jaw opening, can alleviate blockage incidents. This can be achieved by removing oversize product prior to processing and careful control of the crusher feeder, however blockages do still occur. To unblock a crusher a plant must be shut down and the system must first be isolated, but despite these precautions a crusher can still be a serious risk to personnel, due to the amount of kinetic energy that is released during unblocking.

Technidrive wanted to develop a system that was highly energy efficient and crucially, eliminated operators from the dangerous job of manually removing blocked material from jaw crusher machines.

Technidrive commenced this project by carrying out power torque and speed calculations to decide upon a suitable selection of WEG electric motor and gear units. The electric motor was selected based on the power and speed and further mechanical calculations were carried out to ensure the motor shaft could cater for the high radial loads the application can impose. The WEG W22 motor was eventually selected for its superior cast iron frame, inverter rated windings and insulated non drive end flange.

The next vital part of the system is the control of the motor, which can incorporate a soft start or variable speed drive (VSD) to control the motor starting speed or torque, for example. The VSD model selected was a CFW11 WEG inverter with built in soft programmable logic control (PLC) functions. There were several advantages to this selection, including the standard DC bus chokes to reduce harmonics. The inverter was selected with an output sinusoidal filter to create a nice sine wave, reduce output current and importantly reduce electrical noise.

Electrical disturbances however aren’t the only consideration, crusher blockages can be a real problem for operators, resulting in periods of prolonged downtime. One of the main advantages of this project was the level of control that was achieved through an innovative piece of software, which Technidrive developed.

On a normal start from empty, the VSD ramps the crusher up on a slow ramp time, restricting the absorbed current due to the high inertia of the application. This not only keeps the power supply requirements low, for a more efficient system, but also reduces the stress on the mechanical system. Over time this can lead to significant maintenance cost savings and extend the life of the machine. It’s estimated that a 10°C reduction in operating temperature typically doubles the motor’s lifetime.

The innovative software allowed for a special start up function when starting the jaw crusher from full. In the event that the crusher is stopped full, the VSD is able to be remotely activated in an unblock mode, with a very fast ramp time in forward or reverse depending on the position of the crusher. It will continue to automatically control the direction, current, ramp times, DC bus voltage, torque, position, and speed until the product in the chamber has been cleared and the crusher has run empty for a set period of time. This innovative system removes the dangerous and laborious job operators have had to do for years, by manually unblocking jaw crushers using rock breakers or winches to remove product.

Another very important part of the system was the alternator, which is vital to achieving an efficient and reliable system. According to the International Energy Agency (IEA), 16 per cent of motor failures are due to external conditions, such as contamination, so ensuring application suitability was essential. The alternator selected was from the WEG G-line range with some special features such as a dust filtering system, to allow it to operate in a dusty quarry atmosphere, without the risk of foreign particles entering the system. The alternator also included a digital input AVR to allow remote voltage adjustment, standard I-PMG auxiliary winding system feature to allow a dynamic response to load change and short envelope compared to traditional external PMG alternators.

“The complete drive system was expertly selected to work in harmony to address many issues manufactures in the industry come across,” explained David Strain, technical director at Technidrive. “The added unblocking feature transforms the starting of the application, an often energy intensive process and provides a unique benefit for system safety. With the system supplied, we are able to provide a three-year warranty for the motor and inverter and ensure the three main parts to the drive system all work together for optimum performance and reliability. Since our first jaw crusher project, we have had much interest from other businesses in the quarrying industry. We treat each project on an individual basis, to offer bespoke turnkey systems.”

“WEG offers specialist products that are developed specifically for the rock crushing industry,” explained Russell Maccabe UK Sales Manager at WEG. “It’s vital that manufacturers and suppliers both have extensive product, application and systems integration knowledge and that’s why this project with Technidrive proved to be so successful.”