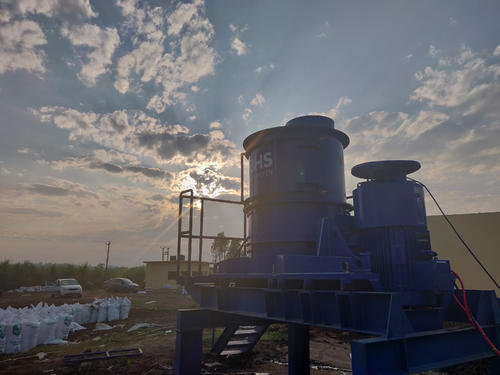 Source Facility has been operating the Biogrinder from BHS-Sonthofen at its biogas plant near Chandigarh in the state of Punjab since late 2019. 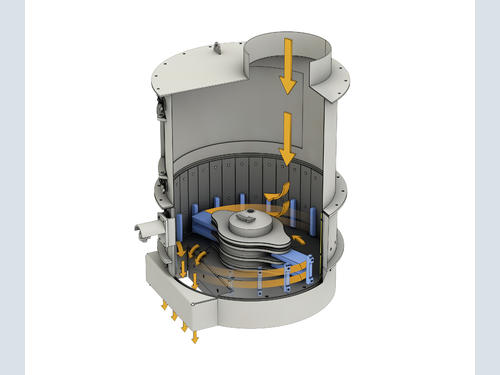 Inside the machine is a rapidly turning, star-shaped rotor with a vertical shaft and massive crushing tools.

At its biogas plant near Chandigarh in the state of Punjab, the Indian company Source Facility uses a BHS Biogrinder to process paddy straw, coconut shells and other organic waste materials. The Biogrinder works for multiple feed materials and allows for an efficient biogas production process...

India generates a large amount of agricultural waste, including crop residues. As burning organic waste is considered to be a major cause of air pollution, the government of India has been offering incentives to mitigate the pollution problem and convert paddy straw into biogas. At the same time, biomass such as rice straw that is widely available in India is a promising source of renewable energy. “Especially in northern part of India, rice straw will be an important raw material for biogas production”, says Neelesh Desai, Managing Director of BHS-Sonthofen India.

Source Facility, an Indian operator of biodigesters, purchased a Biogrinder to process rice straw, empty coconut shells and fruit/vegetable waste. Before choosing a machine from BHS, they tested shredding solutions from local providers. The results were unsatisfying, as these machines were not capable of handling multiple materials. “It was very important to Source Facility to have the freedom to allow a broad spectrum of feed materials”, Desai comments. In addition, the machine offers both excellent size reduction and defibration, which is critical for the biogas production process.

The biogas is produced by micro-organisms during fermentation. The more defibrated the material, the more surface the bacteria have to colonize. Inside the machine is a rapidly turning, star-shaped rotor with a vertical shaft and massive crushing tools. Homogenizing the material, the machine prepares it optimally for the next process step. Source Facility tested various materials for 2 weeks on trial. After the results were satisfactory, they placed an order. The Biogrinder was put into operation in late 2019 and the customer is very satisfied with the increase in Biogas production.

“We are getting a lot of inquiries in India about biomass processing, as the government pushes toward more sustainable use of organic waste”, says Desai. “So far, there are only few biogas plants in India, but many companies are planning to set up new plants across India. With the Biogrinder, BHS-Sonthofen is offering an easy-to-maintain, particularly durable machine for efficient substrate processing.”