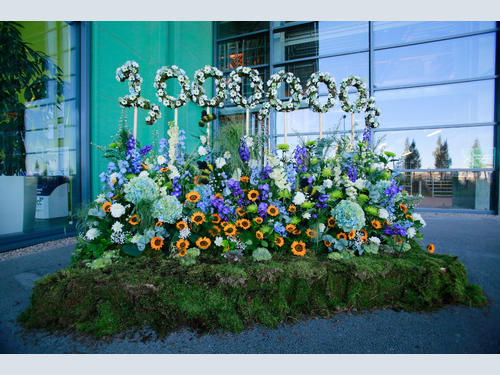 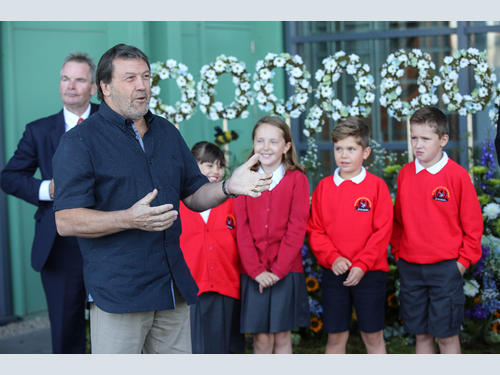 Lincolnshire Energy from Waste (EfW) facility has reached the huge milestone of processing one million tonnes of waste – reducing the amount going to landfill by around 93 percent, and converting it to 554,000 MWh of energy for the Lincoln area, enough to power 29,000 homes across the county.

Over the years, Lincolnshire EfW has given valuable support and learning experiences to its local communities. The plant has hosted a range of initiatives – such as open days, the Lincolnshire Young Environmentalist Award and the waste-free lunch challenge with local schools.

St Andrew’s Senior Teacher Michael Harrison and student members of the school’s Eco council from a mix of year groups joined other local stakeholders to celebrate the one millionth milestone. During the event, the Leader of the Council Cllr Martin Hill, Cllr Eddy Poll, LCC’s Executive Councillor for Commercial and Environmental Management, and Juergen Schaper, General Manager, FCC Environment, unveiled a dedicated plaque alongside a beautiful flower arrangement. The floral display of locally sourced delphiniums and sunflowers spelling out ‘1,000,000’ was designed for the EfW site by Sharon French, Senior Florist, Lincolnshire Co-op.

LCC is six years into its 25-year partnership with FCC Environment for residual waste collection, treatment and transfer in the county, during which time the North Hykeham site has performed above and beyond expectations in delivering significant environmental and cost-saving benefits.

Commenting on these achievements, Cllr Eddy Poll said: "We are five years into what is a great partnership with FCC Environment, and we look forward to our future as we process more waste and generate more energy for the benefit of the local community. The presence of the facility in the county has a number of positive implications: reducing non-recyclable waste being sent to landfill by around 93 percent and producing power to supply 29,000 homes. These environmentally-friendly and cost-saving results make a real difference for the people of Lincolnshire.”

Juergen Schaper said: "We are extremely proud to have reached this very significant milestone. One million tonnes of waste diverted from landfill and converted to energy is a real achievement for Lincolnshire. We are focused on continuing to exceed performance expectations in our successful partnership with the Council as we carry on creating valuable electricity, jobs and community support for the county.”

LCC and FCC Environment work with the seven district councils across Lincolnshire, which make the initial collection of both recyclable and non-recyclable waste from the county’s homes and businesses, diverting only the non-recyclable waste from landfill to the EfW plant for processing. The site is equipped to treat up to 190,000 tonnes of residual waste each year, converting it into 13.1 MW of electricity. The EfW plant has now processed one million tonnes of waste, producing 554,000 MWh of energy for the National Grid to provide essential power for more than 29,000 homes throughout the county.

In addition to the energy produced, the waste treatment process has also produced around 215,000 tonnes of incinerator bottom ash. This material contains metal which can be extracted and aggregate which can be used in the construction of roads.

As well as the environmental benefits for Lincolnshire, the North Hykeham plant is expected to save the County Council approximately £30 million over the lifetime of the contract by drastically cutting the waste which would have otherwise gone to landfill from 180,000 tonnes per annum to only 12,000 tonnes per annum.