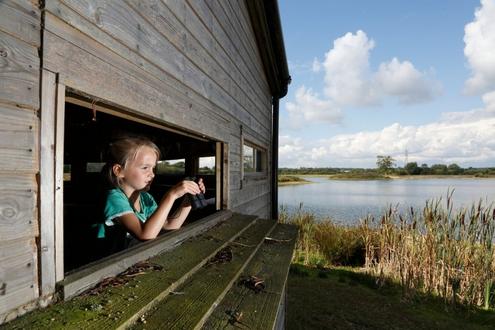 Launched at the Mineral Product Association (MPA)’s Quarries & Nature 2017 event in London on 19th October, Quarrywatch will involve focused nature surveys at designated locations in order to build a much bigger picture of the species that are colonising restored quarries and other nature sites. The Wildlife Trusts are very positive about the initiative, with unmatched opportunities to steer surveys and host surveys at quarries that they manage as nature reserves.

Local wildlife groups, individual enthusiasts and schools will be invited to take part in a campaign which it is hoped will provide valuable new insights to inform the massive habitat creation exercise that is going on across the industry.

Stephanie Hilborne, Chief Executive of The Wildlife Trusts said: “The minerals sector has an impressive track-record of working in partnership to create havens for wildlife. Our month-long nature challenge in June each year – 30DaysWild – shows how much people benefit from noticing wildlife in their daily lives. Encouraging surveys and more time in the wild places that are closest and most important to people, is only a good thing. Quarrywatch will not only result in more data, it will also give people the opportunity to experience the joys of wildlife in their daily lives, and help to build closer connections with the natural world, which can be a powerful force for change.”

Quarrywatch will link into the nationwide round of BioBlitz events being planned around the country during 2018. BioBlitz participants this year included Tice’s Meadow, a newly developed reserve at Farnham in Surrey created from a Hanson quarry which closed in 2010. Dozens of visitors took part in the wildlife survey there, with a total of 80 species identified. Activities during the day included bird watching, bird ringing, small mammal trapping, moth trapping and bat spotting.

“As an industry, we are making a fantastic contribution to wildlife. Our members are helping to bring back treasured species like the bittern, otter and water vole and are planning the restoration of their sites to achieve just that. Quarrywatch is an exciting opportunity to spread the word about what we are doing as well as to gather important new data. As threats to UK wildlife mount, there is a real need to grow the evidence base for effective conservation. Volunteers and enthusiasts can generate vast databanks to support environmental policy making.”