More than a third of Brits urge authorities to recycle more 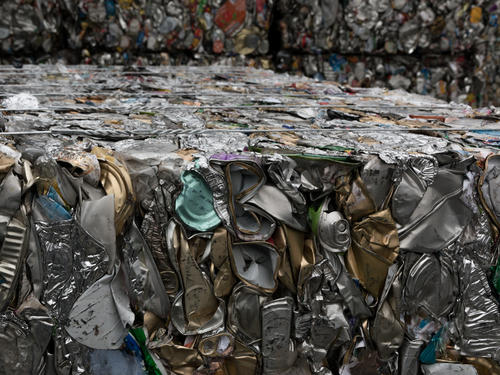 A new study has revealed that while recycling is a top priority for most Brits, many believe the authorities need to be doing more to help.

The research2, carried out bymetals4U, surveyed 2,000 UK adults on recycling since the pandemic and found that just over half (52%) say that recycling is very important to them, with more than a third (35%) saying local councils should be doing more.

With lockdown forcing people to stay in their homes, many have found it more difficult to recycle at times. More than a quarter (28%) found that they had more waste, whilst nearly one in five (18%) said their recycling bins weren’t collected enough.

Among younger people (18-24-year-olds), 65% said lockdown did have an impact on their recycling. In comparison, seven in ten (70%) over 65s said their recycling didn’t change. Changes to recycling habits were put down to inadequate bin collections, with 35% of 18-24-year olds claiming they weren’t collected enough.

Interestingly, almost a quarter (24%) admitted they are unsure as to whether the items that they recycle are actually being recycled by the authorities, and unfortunately, they might be right to question this.

Recent research3shows that 46% of used European plastic destined for recycling is exported, and little is known about what happens from here. It is often thought that it actually just contributes to ocean debris.

The survey data shows that older generations are less likely to trust that recycling is actually being recycled by the authorities, with 36% of over 65s not believing so, compared to just 17% of 18-24s.

When it comes to Brits’ attitudes towards recycling, despite increases in environmental activism amongst younger generations, it is the over 65s that lead the way, with two thirds (67%) of this age group stating that recycling is very important to them. In comparison, only 43% of millennials (25-34-year olds) felt the same way.

Only a quarter (27%) of people say they do recycle and believe they do enough, whilst a similar amount (28%) say that they want to do more.

For those wanting to do more than just recycle household plastics and paper to reduce their carbon footprint, environmental psychologist,Lee Chambers, has provided four simple tips on how to live more sustainably:

Lee said: “The beauty of recycling is that products made from recycled materials require less energy than making them from scratch, so you are making a double impact.

“Recycling is about creating good habits, so make it a priority, and remember that it's easier to recycle when you generate less waste in the first place. You could even make it a game and give kids the role of recycling detectives, it's a lot of fun!”

Paul McFadyen, Managing Director at metals4U, said: “It's more important than ever that we all play our part in reducing our carbon footprint, and it’s good to see that the majority of people are on board when it comes to recycling, however there are still many that don’t see it as important.

“The good news is that even in challenging times, communities have been doing their bit to ensure that recycling continues. In fact, the latest data from The Environment Agency3 shows that aluminium recycling targets for 2020 have already been hit, with three months remaining.

“Member of the public, local authorities, and government need to continue to work together to do their bit to ensure that recycling continues to be effective, as well as communicating so that people know just what happens to their recycled waste.”

To read more about how to recycle effectively in the current climate, visit:https://www.metals4u.co.uk/blog/a-handy-guide-to-recycling-during-the-pandemic