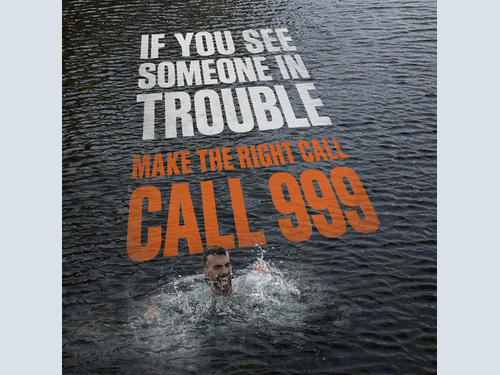 The Mineral Products Association (MPA) is urging its members and others in the mineral products sector to actively support the new #RespectTheWater campaign which was launched this week by the National Water Safety Forum (NWSF) on the UN’s World Drowning Prevention Day.

The #RespectTheWater campaign is the first ever multi-agency campaign of this nature, involving organisations such as RNLI, RLSS, RoSPA, HM Coastguard, Fire and Rescue Service, MPA and many more. New figures show that 62% of accidental drownings happen at inland waters – rivers, canals, lakes, water filled quarries and reservoirs - and overall most fatalities took place during July last year, when tragically 62 people lost their lives.

The campaign focuses on who to call if you see someone struggling in the water, reminding the public that for inland locations you should call 999 and ask for the Fire and Rescue Service, but for coastal locations you should call 999 and ask for Coastguard. The resources, which have been created to support the campaign, include a new & impactful water safety advert/video which will be shown on ITV, together with targeted advertising in high drowning areas using catch up TV, outdoor posters and social media. There will also be a significant PR push to secure media coverage during the campaign to amplify these important messages to the public at the height of summer. When using social media to push out the advert clips or other resources, the hashtag #RespectTheWater and, also the global hashtag #DrowningPrevention should be used.

All the resources, including the campaign video can be downloaded from a new website – respectthewater.com, with free assets and multisectoral links to other campaigns and case studies. This will act as a hub for evolving drowning prevention information across all seasons.

Nigel Jackson, MPA Chief Executive said: “In a summer which has already seen multiple drownings, including a fatality in a disused quarry, MPA is actively supporting this campaign and the activities of the National Water Safety Forum. It is important that we all share the campaign messages and resources with friends, families and employees, as widely as possible.”