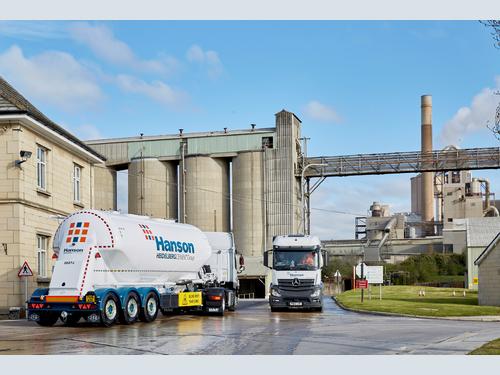 Hanson’s Ketton cement works in Rutland is part of a new BEIS-funded carbon capture project, through its Net Zero Innovation Portfolio, which aims to provide a low-cost solution to decarbonisation.

Simon Wills, Hanson CEO, said: “Carbon capture is a critical part of our strategy to decarbonise cement production and essential if we are to reach next zero carbon by 2050.

“Our Padeswood cement works in north Wales is already part of the HyNet North West carbon capture and storage project and this new venture at our Ketton works is another example of our commitment to developing new technologies.

“If successful, the C-Capture process has the potential to be rolled-out across other sites across the HeidelbergCement Group.”

C-Capture’s system can be retrofitted to existing cement kilns or designed into new ones and the CO2 captured can be compressed and sent for storage in safe, geological reserves or utilised in other industries.

Tom White, CEO at C-Capture, said: “We are delighted to be collaborating with companies that have a strong commitment to decarbonisation and are early adopters of novel carbon capture technology. Together we will demonstrate how the UK economy can be decarbonised more quickly and at lower cost.”

In addition to the project at Hanson’s Ketton cement works, trials are also being carried out in the glass industry and at a waste to energy plant in Hull. If successful, commercial scale C-Capture facilities could be in place by 2030.