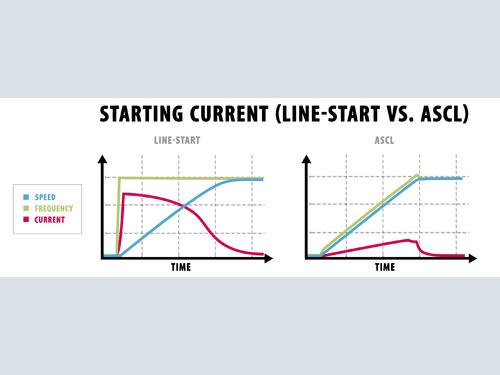 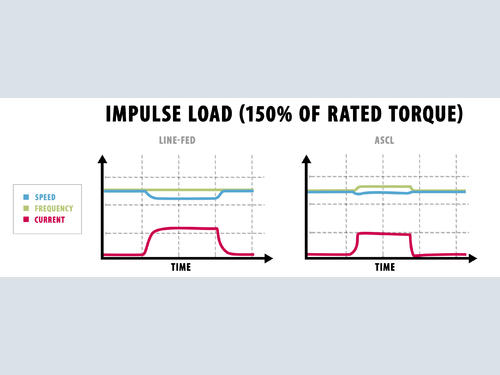 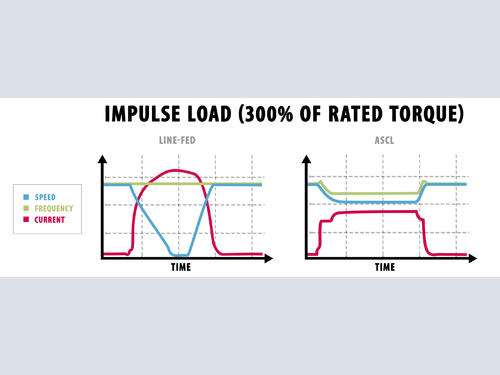 KEB Shredder VFDs can develop more torque compared to line start motors, which allows the motor to ride through extreme loading conditions rather than stalling. 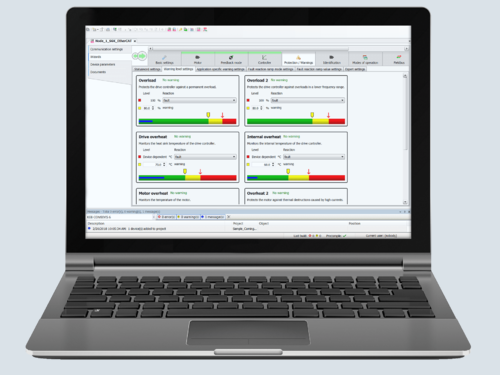 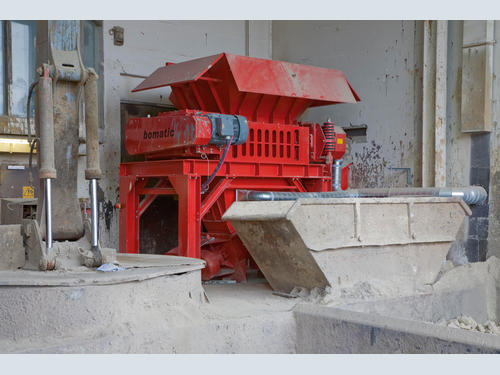 When designing a machine for shredding and recycling applications, many challenges need to be overcome to ensure the machine performs at a high level over many years. Three of the most important are limiting downtime, eliminating contamination issues and energy cost savings. Selecting the right drive technology from an experienced supplier is critical, says Jeff Kardell of KEB Automation.

The first challenge that machine builders face in shredding applications is ensuring that the machine has minimal downtime. Shredding machines are designed to process a lot of material in a short amount of time and so any downtime forces delays in the overall system. If a shredder were to shut down for maintenance, it can sometimes be offline for days and cause large backups of material. To ensure minimal downtime, KEB has in-built protection parameters for its drive controllers. If there is an issue, the protection parameters shut down the machine before significant damage occurs. For example, users have the ability to program torque limits in the drive to protect the mechanical components in the drive train, including shafts, gears and the motor. Actively monitoring both the variable frequency drive (VFD) and motor temperatures ensure the components do not overheat and fail.

Jam detection is a unique function built into KEB drives to help avoid downtime. If a shredder were to jam because of material blockage, an operator would need to shut down the machine, then disassemble and clear the blocked material. KEB’s Jam Detection VFD function is able to quickly detect a jam condition and react quickly. This usually means the rotor stops, reverses and clears the material, then quickly reverses again and returns to normal speed. This function clears a jam condition in a matter of seconds compared to hours or days to manually clear it.

KEB’s ASCL motor control algorithm has proven effective many times over in shredder applications. The first benefit of using a KEB VFD compared to line-starting is the reduction in motor starting current. A line-fed current will draw approximately 500-600% of motor rated current during start-up, which can cause issues with the mains and other connected electrical loads.

By contrast, a KEB VFD-started motor will ramp up the voltage and frequency in a controlled manner, thereby keeping the current to a minimum.

A good example of the KEB speed regulation at work is evident in the scenario where material has entered the shredder. Line fed induction motors will slow (slip) thereby increasing the shaft torque.

In a loaded scenario (150% of rated) KEB’s ASCL increases the output frequency to the motor to compensate for the speed reduction. A higher speed helps the shredder’s inertia to ride through more material and avoid hitting the critical breakdown torque.

A good example of the KEB speed regulation at work is evident in the scenario where material has entered the shredder. Line fed induction motors will slow (slip) thereby increasing the shaft torque.

In a loaded scenario (150% of rated) KEB’s ASCL increases the output frequency to the motor to compensate for the speed reduction. A higher speed helps the shredder’s inertia to ride through more material and avoid hitting the critical breakdown torque.

As the shredder loading is increased, the induction motor will slip more and more until it reaches the breakdown torque. At that point, the motor will lose torque and the speed will quickly drop to 0 rpm. This is now a locked rotor situation and the motor will draw an extremely high current until the system is shut down or faults. It is likely that the shredder jam needs to be manually cleared, which requires human intervention in the process and downtime.

In extreme loading (300% of rated torque), KEB’s ASCL motor control drops the output frequency while keeping the full voltage to the motor. This results in an over-magnetised motor that is capable of reaching much more torque than that of a line fed motor. This operation will increase motor heating and is intended to temporarily ride through an impending jam condition. This results in the motor providing extra torque and clears the material without needing to shut down.

Another challenge that companies face in these types of applications is the amount of contamination that can enter the electrical enclosure of the machine. Depending on the process, it is possible that conductive metal shavings and oil are released into the air as the material is being processed. Ensuring these contaminants are not able to get into the electrical components of the machine is critical. KEB’s drives feature a number of heat sink options that will help protect the drives from these particles. Several VFD heatsink options include the ability to push the heatsink outside of the panel while sealing it from outside contamination. In this arrangement, the sensitive power electronics can be sealed inside the enclosure while the air or water flow is external. In cases where a customer does not want to use the push-through design, KEB can offer alternative options.

Over a lifetime of operation, the energy costs required to operate these recycling machines are often more than the investment cost of the machine itself. This energy cost calculation is easily made if you know the size of the motor, duty cycles, and estimated lifetime service. It is possible to utilise energy-efficient components and VFDs that save energy.

KEB’s technology enables energy savings in a couple of different ways. First, KEB VFDs can run high-torque PM motors, which are inherently more efficient than induction motors. In addition, these high torque motors do not have mechanical gearing, which also has mechanical losses. Second, KEB drives have the ability to measure ‘utilisation’ or the current output as a percentage of its rated capacity. When under-utilised, the drive can signal to a PLC to increase the federate of material. The net result is the overall processing of more material and better efficiency for that given amount of material.