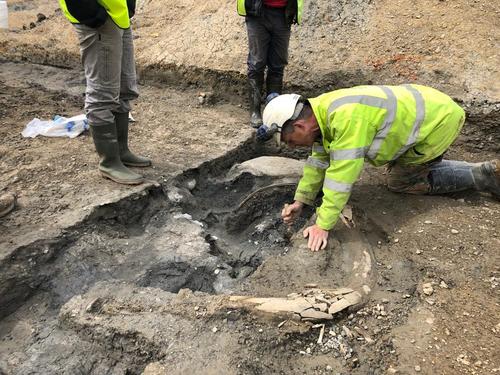 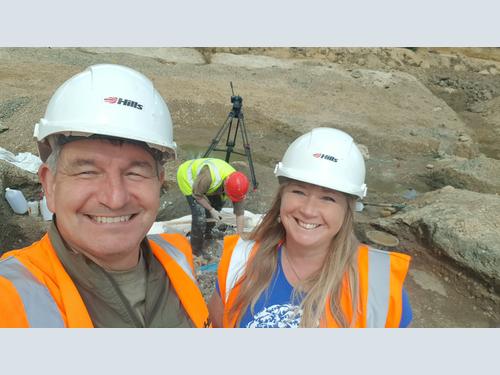 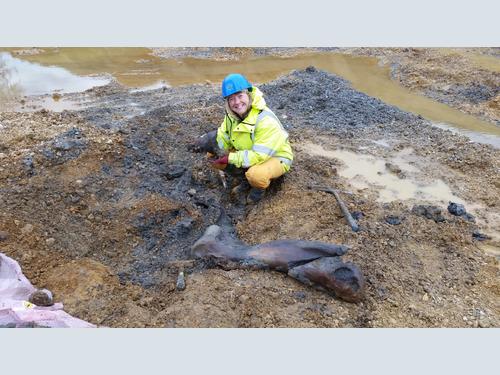 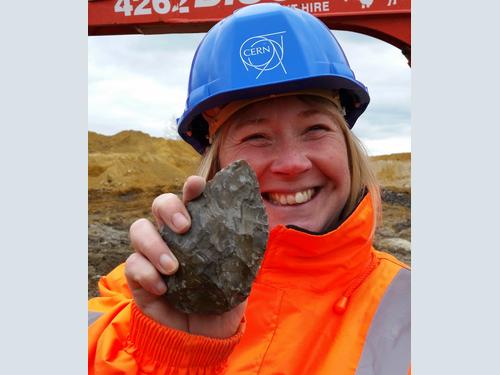 A Hills Quarry Products’ quarry north of Swindon in the Cotswolds has revealed what is being described by Historic England as ‘one of Britain’s most significant Ice Age discoveries in recent years’...

The remains of at least five Ice Age mammoths, including two adults, two juveniles, and one infant were discovered, with a number of stone tools made by Neanderthals found nearby.

The discovery was initially made by amateur fossil hunters, Sally and Neville Hollingworth, who were given permission by Hills to explore the area.  Realising the significance of their find, additional resources were brought in to tackle this important discovery.

The research team, which attracted funding from Historic England and was led by archaeologists from DigVentures, believe that both the artefacts and mammoth remains date to around 210,000 – 220,000 years ago, towards the end of a warmer interglacial period when Britain was still occupied by Neanderthals. Towards the end of this period, early humans abandoned Britain as temperatures plummeted and the landmass was plunged back under ice.

It’s not yet clear whether the mammoths were killed by Neanderthals, or why so many were found in one place, but archaeological sites from this period are incredibly rare, as is evidence of how Neanderthals interacted with mammoths, making this discovery one that has enormous value for understanding of Neanderthal behaviour, not just in Britain but across Europe.

The significance of the discovery was filmed by Windfall Films and is the subject of a BBC1 television documentary featuring Sir David Attenborough called "Attenborough and the Mammoth Graveyard" and will be aired on Thursday 30th December at 20:00.

Peter Andrew, Group Director for Hills Quarry Products, said:  “Hills has a long-standing relationship with Sally and Neville Hollingworth, and we provided substantial resources towards making sure that the area remained accessible during the various phases of excavation.

“Having worked in the Cotswold Waterpark area for many years, we are very familiar with archaeological finds, but this latest discovery has turned out to be quite unique.   We have been amazed by the interest in the project and the results of the research which provides an insight into Britain’s Ice Age environment and the world as it was lived in by our closest human relatives.

“We are extremely proud of the contribution we have made to bring this great story to life.  It was an honour and privilege to host Sir David Attenborough during the filming of the documentary, and we cannot wait to the see the final programme to be aired.”

Additional finds at the site include: