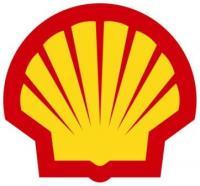 Although markets for recycled aggregates have fallen during the recession, the sector still accounts for nearly 20% of the total aggregates market in the UK. In its latest survey on the industry, the marketing consultancy, BDS Marketing Research Ltd has identified around 580 static sites in the country with an aggregates recycling plant. Together, these plants produced up to an estimated 40 million tonnes in 2010.

Volumes had been in decline with the recession affecting both the amount of wastes generated and also the level of end use markets. However, it is likely that there was some slight recovery in recycled aggregates markets during 2010.

Around a quarter of static recycling sites are located in the South East, which also contains many of the higher volume plants. In total, BDS has identified 20 plants that produce over 200,000 tonnes a year. This level of volume is similar to that achieved by a typical sand and gravel pit.

The top five recycled aggregates companies are believed to be Tarmac, Lafarge, Day & Sons, Aggregate Industries and Cappagh Contractors. Although these are well established companies in this sector, they represent less than 15% of the market. BDS has identified a total of 425 companies in the sector as a whole.