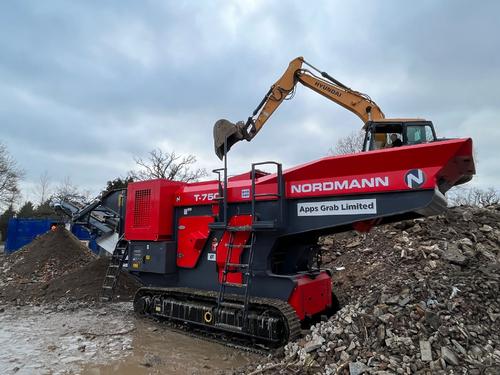 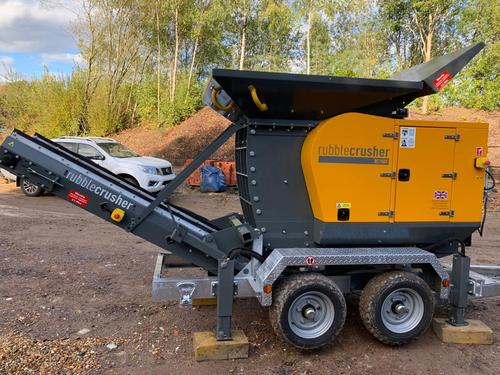 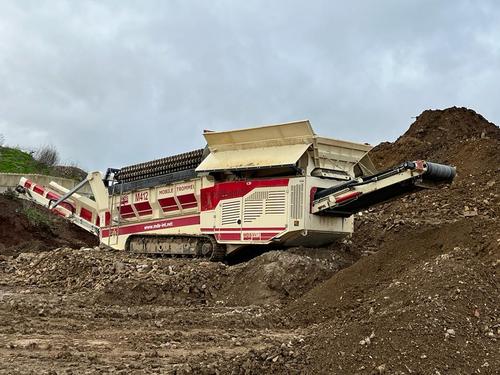 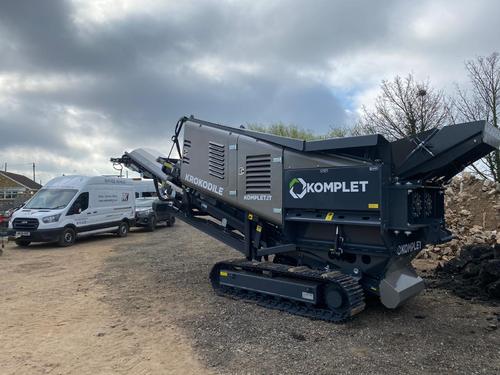 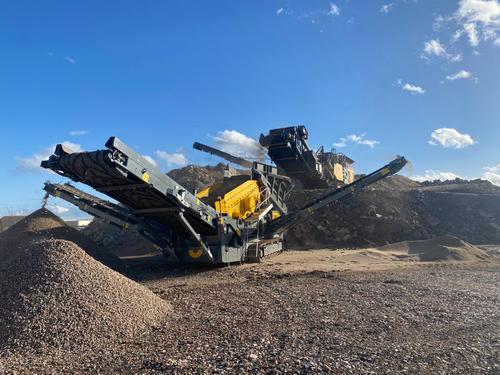 This years Hillhead show will see Red Knight 6 (RK6) take their first stand, bringing their key partners to the show. Brands such as Komplet, CMB and Nordmann will be represented on the RK6 stand with a range of machines, ideal for the crushing and screening industry.

Since the RK6 business was founded in 2015 the company has continued to grow and today represents some of the most important companies in the material recycling world. In addition to those on the RK6 stand some of the other partners have their own stands and will be demonstrating machines at the show.

Italian manufacturers Komplet will have a number of machines from their compact range on the RK6 stand. Komplet build a range of crushers and screens that will work in any size of yard, ideal for those who might be tight for space, need high degrees of manoeuvrability or are looking to build an accessible hire fleet. The Krokodile shredder has been enjoying incredible success in the recent months and will be one of the lead machines on the stand. Weighing 14 tonnes, this twin shaft shredder is highly compact and flexible and is capable of producing up to 200 tonnes per hour (material dependent). RK6 have sold a number of these machines in the last few months and customer feedback has been very positive.

Alongside the Krokodile will be the Kompatto 221 the most compact and flexible screen in the Komplet range and is ideal for processing soil, compost, and C&D waste. With a rapid set up time and ease of use the Kompatto 221 is ideal for small scale operations or hire fleets. The Kompatto 221 has a 2200 x 1100mm screen box and is capable of producing 80 tonnes per hour (material dependent).

RK6 offers the 19 tonnes jaw crusher, the T-750 from Irish manufacturer, Nordmann. With a 700 x 500 jaw and a diesel over electric power source. With a robust frame the T-750 can be ready to get to work just 10 minutes after being unloaded. The tracks offer high manoeuvrability, and the T-750 is capable of processing between 40 and 100 tonnes per hour, depending on the material.

CMB International produce the RC150 Rubble Crusher, a trailer mounted jaw crusher that can be towed by a standard 4x4, meaning it offers the highest flexibility in terms of sites it can be transported to and used on. Weighing just under 3.5 tonnes, the RC150 is fully road legal and allows for the processing of material directly on site, ideal for construction works and small-scale C&D waste. This means reduced costs and greater recycling opportunities by re-using materials on site, reduced skip hire and extra aggregate costs and lower landfill costs. The RC150 has a jaw size of 650 x 350mm and is capable of outputting between 5 and 50 tonnes per hour, depending on material.

A subsidiary business of Red Knight 6 is RK6 Spares, the spares and servicing arm of the business. The team will be on the stand and happy to talk through the list of spares that are held at their warehouse. Additionally, the service team will be at the show, ready to discuss any service requirements you may have for your machines, whether a single or fleet.

In addition to the machines on show on the RK6 stand, additional RK6 partners Rubble Master and MDS will also have stands at the show. Rubble Master will be focusing on their range of electrified crushers and screens on their stand, particularly relevant given the recent levy applied to red diesel. Rubble Master will also have a working crusher and screen in the demonstration area and key members of the team will be on the stand to discuss all aspects of these market leading machines.

MDS will have a selection of their market leading trommels on their stand at the show, as well as one operating in the demo area. MDS manufacture a range of tracked and static trommels, capable of dealing with sticky or dirty clay, demolition waste and recycling material. MDS trommels are capable of handling rocks up to 1.5m, or highly abrasive materials and they are built not only to extremely high standards, but also with the many years of experience the company has gained in manufacturing their market leading range.

RK6 representatives will be available throughout the show on both stands and we look forward to seeing you there.

For more information on Red Knight 6 visit – www.redknight6.co.uk or follow us on LinkedIn or Instagram to keep up to date with the latest from RK6.