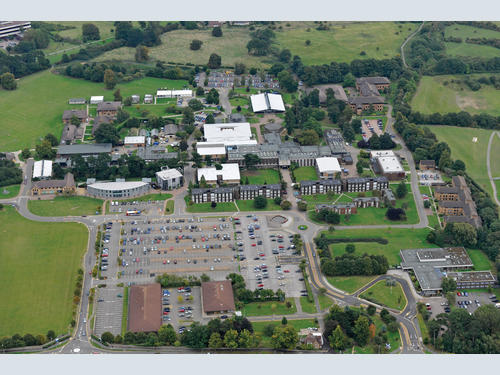 Material weighing the equivalent of more than 200 elephants was diverted from landfill when the University of Northampton relocated to a new campus, a report has revealed.

The University closed its Park Campus, in Kingsthorpe, and moved to its new town-centre Waterside Campus in summer 2018.
The relocation was a major logistical operation, and had the potential to generate a huge amount of waste, as buildings, fixtures and fittings at Park Campus were due to be removed to make way for a new housing development.

A specialist relocation firm, Harrow Green, was appointed by the University to ensure that as many resources as possible were reused or recycled, rather than sent to landfill.

According to the report, which you can read in full here:

Becky Bradshaw, the University’s Director of Estates & Campus Services, said: “The University is committed to environmental sustainability and our waste management strategy has always prioritised prevention, re-use and recycling. But the closure of Park Campus, to facilitate the relocation, gave us the opportunity to demonstrate this commitment on a much grander scale. Being able to help schools in the local community further enhanced delivery of our sustainability agenda and we’re delighted they, and many others, have benefited from the project.”

St Patrick’s Catholic Primary School, in Corby, was one of the schools to benefit from the relocation, receiving lockable storage units, a display case, chairs and desks.

Headteacher, Louise Blair, said: “We are extremely grateful to the University of Northampton for its very kind donation. With the current constraints on school finances, we would have otherwise struggled to do this. This donation was very well received and has enabled us to update some of our areas within the school.”