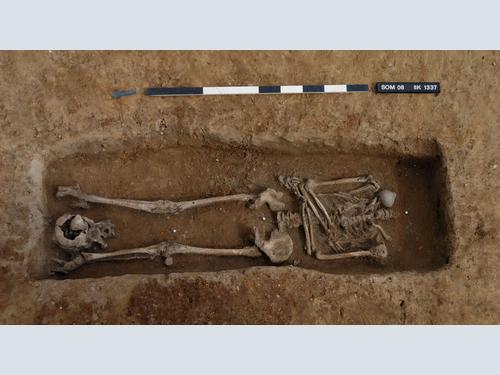 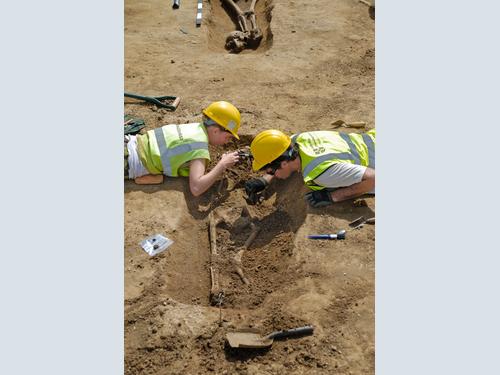 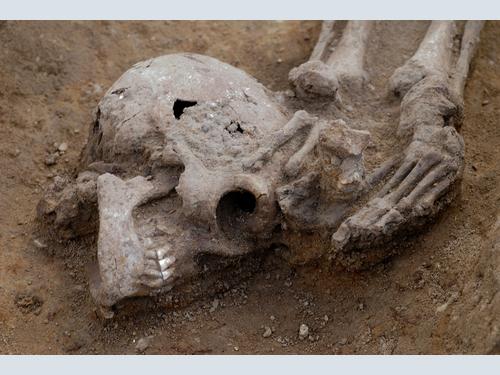 A former quarry worked and restored by construction materials company Tarmac has become the focus of international interest where excavations have unearthed a Roman burial site containing the remains of a mass of decapitated bodies.

Media outlets such as The New York Times, CNN, the BBC and The Times have been following the extensive findings at the site at Knobb’s Farm in Somersham, after a report, funded by Tarmac, was recently published by Cambridge Archaeology Unit, led by Dr Isabel Lisboa of Archaeologica Ltd.

The fascinating discoveries, which mainly date back to the 3rd century, revealed a total of 52 burials including 17 decapitated bodies, who are believed to be victims of Roman execution methods.

Despite the poor condition of the bones, three of the skeletons found at Knobb’s Farm showed cut marks that are coherent with decapitation methods and are mostly consistent with the habits of Roman Britain’s use of swords.  Seven of the burials were accompanied by pottery vessels, which implies the victims were given traditional burial rites and may have been buried by friends or relatives, and that they were victims of legal execution.

Knobb's Farm has an exceptionally high proportion of decapitated bodies – accounting for 33 per cent of those found – compared with burial grounds locally and across Roman Britain where typically decapitated bodies form between 2.5 per cent to 6 per cent of burials. Males and females appeared to have been equally represented, with adults aged 25–45 years most likely to be decapitated.

Dr Lisboa added: “The findings from this extensive 10-year excavation process that we have now published are truly remarkable. This is a nationally and globally significant find that will continue to help us understand more about Roman Britain for years to come.”

Alan Everard, Head of Strategic Planning South at Tarmac, said: “As responsible custodians of all our sites it’s extremely important that all items of historic interest are carefully excavated and recorded.

“Tarmac has been proud to work with the experienced team at the Cambridge Archaeology Unit and Dr Lisboa and it’s a real positive that our activity at Knobb’s Farm has enabled a deeper understanding of the rich archaeology that lies within our land.”