Saved from the chop, an 800+ year old oak tree in Wickwar quarry 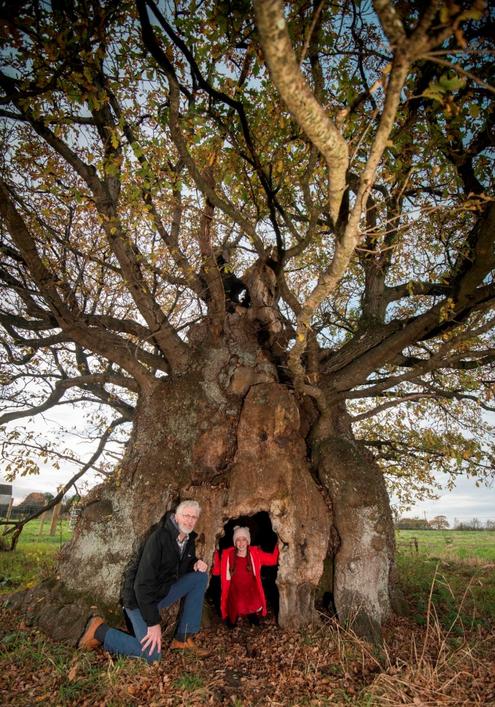 One of the largest and oldest oak trees in Britain has been saved from being ‘chopped’ by CEMEX Wickwar’s Quarry Manager, Frank Hogg.

The tree, which has a girth of 10.5 metres, is comparable in size to the famous Major Oak in Sherwood Forest making it between 800 and 1000 years old. It could have been planted before the Battle of Hastings on land now owned by building materials supplier, CEMEX UK.

The electricity company, Western Power Distribution was due to undertake a major pruning and cutting of the canopy to release the power lines that run through the top of the tree. Frank, realising the importance of this majestic tree, contacted the Tree Protection Officer at South Gloucestershire Council and discussions have started to find an alternative solution.

“This tree is part of our heritage and should be preserved for future generations. My granddaughter Edith, now eight years old first saw the tree about three years ago. She was fascinated by it and would run in and out of the big hole at the base, imagining fairies living in there,” comments Frank.

During the last century, the tree has suffered some fairly severe treatment. The electricity lines were laid in 1938 when the landowners tried to burn it down and in the 1970s, it was severely cut back, once again to accommodate the power lines.

“Trees such as this one are part of our natural heritage and provide a living link to our past. It is clearly a nationally valuable tree, and needs to be cherished and protected. It may have been lost if it wasn’t for the good work of Frank, who recognised its importance and sought to protect it,” comments Jim Mullholland, Training and Technical Officer for the Ancient Tree Forum.