TEREX® Minerals Processing Systems has a cone for every application. 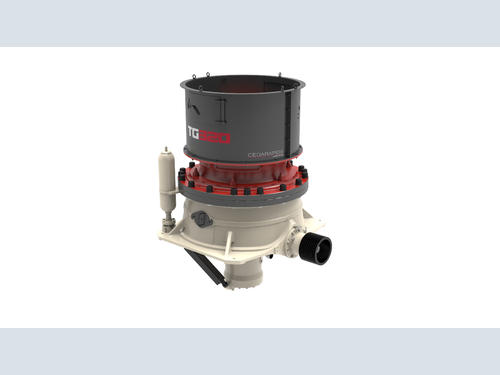 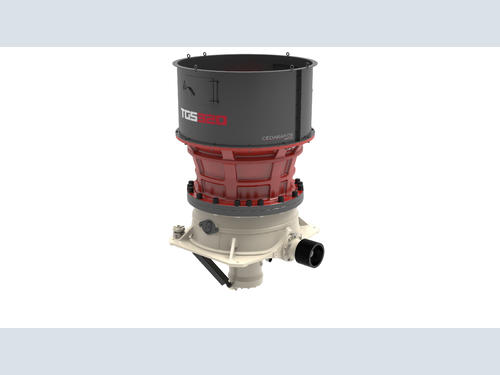 Cedarapids®, a Terex® Minerals Processing Systems (MPS) brand, is very proud to introduce a new range of cone crushers to our current impressive cone range. The new TG Series will be a Bronze Bushing Spider Bearing Cone. This new series of cones will complement our current market leading Cedarapids MVPX Series (Screw Type Cone) and the Cedarapids TC Series (Floating Bowl Cone) which will give us the opportunity to offer the most versatile and comprehensive cone range in the industry!  Terex MPS will now take a further step ahead of all other cone manufacturers in the market place, offering a solution for every cone crushing application requirement while meeting the application needs of our customers with the best possible product quality and productivity.

Wayne VanAntwerpen, Crusher Technology Product Manager, said “The new range of TG Spider Bearing cones, being offered in both the large feed Secondary and the “all-rounder” Tertiary configuration, will put us in a complete class of our own in the industry with no other OEM able to offer such a diverse and extensive cone crusher portfolio. Terex has been tremendously successful with our roller bearing cones, namely the Cedarapids MVPX and the Cedarapids TC cones, offering our customers all the benefits of roller bearing technology. With the inclusion of bronze bushing technology, we can now open the door to the versatility that bronze bushings bring to the table: for example, the ability to quickly and easily alter the eccentric throw of the cone, on site, simply by rotating the eccentric bushing. No expensive conversions and costly parts.”

The new Spider Bearing range will consist of four models focused on the Aggregate and Recycle industries, namely the TG120 (120hp), TG220 (220hp), TG320 (320hp) and TG420 (420hp) respectively. Each model is available in two versions, the TG (Tertiary) and TGS (Secondary). The TG style can be run in a secondary, tertiary and a quaternary position; the TGS models, which can take an approximately 75% larger feed, are perfect for a secondary position or even a primary in a controlled feed sand & gravel application. There will also be two larger models available for large capacity mining and quarrying applications, namely the TG820 (820hp) & the TG1020 (1020hp).

The new TG Series spider bearing cones provide nominal maximum feed sizes and applied power similar to current Terex cone offerings, but the numerous eccentric throw options and liner configurations allow for increased application versatility. The TGS Series models utilize the same base mount as their Tertiary version counterparts and operate in the same horsepower range. They have fewer linear configurations and options of eccentric throw compared to the TG series, but these models offer a great advantage over the other styles of crushers. For example, a 200hp Secondary version Spider Bearing cone can have a similar output performance to that of other styles of 300-400hp cones and a maximum feed size similar to that of other styles of 400-500hp cones.

For further details on the new Cedarapids TG Cone Series or on the full Terex MPS product portfolio and services, please visit our website www.terexmps.com.