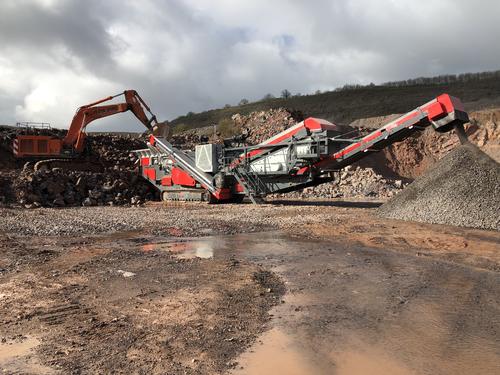 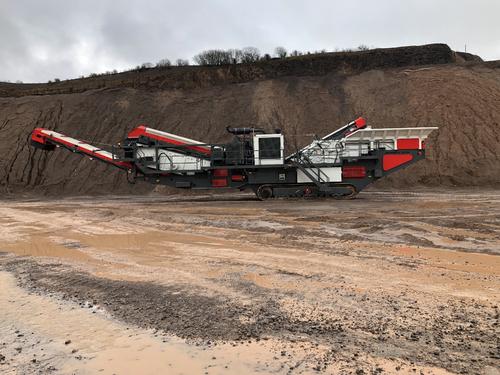 The Kelston Sparkes Group (KSG Ltd) was founded by the late Mr Kelston Sparkes in 1952 initially as an agricultural contractor. Now in its 68th year of trading the company remains a family run business specialising in earthworks, earthmoving, quarrying and crushing & screening.

During this time the company has grown to become one of the largest and most respected earthmoving and quarrying contractors in the UK.

In keeping with the company ethos of continuous development by investing in the latest innovative solutions to maintain the rigorous standards set by KSG Ltd and the blue chip companies with whom they partner, they have recently taken delivery of a new GipoKombi RC 150 FDR from Tamworth based AGG PRO, the UK & Ireland agent for Gipo AG.

GipoKombi units are a highly efficient processing system with crusher, product screen and a pre-screen mounted on a single tracked chassis. Where previously it was necessary to use multiple machines to produce a final graded product, now only one is required to do so.

Crushed material passes over a large capacity screen with oversize material travelling, via the return conveyor, to the hopper for re-crushing. This way it is possible to achieve 100% product passing at the required size.

A hydraulically operated bypass chute means that the change to crusher run materials can easily be made.

Operation director Mr Kelston Stark takes up the story. “Having renewed a contract with a long-term client we were in the market for a new machine to increase our production capabilities but with very specific machine requirements. After talking to a few suppliers it quickly became apparent that AGG PRO & Gipo AG were the only company able to meet our needs. We found it refreshing that that they were able to build a machine to our exact requirements rather than modify a standard machine to suit. As this machine will be moving a lot as it follows the quarry face it made sense to go with a GipoKombi plant with crusher and screener on a single chassis thus considerably speeding up relocation.

We already have a good relationship with the team at AGG PRO and after a visit to the Gipo factory in Switzerland, a decision was made to add another Gipo machine to the fleet”.