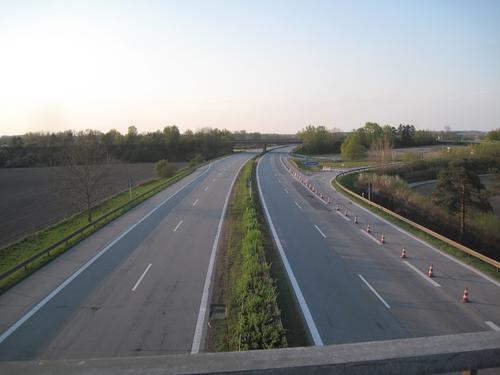 Across the UK, pressures from the pandemic and Brexit are impacting significantly on many business areas, and logistics is no exception. With the combination of increasing driver shortage and waste levels continuing to rise, UK hauliers are experiencing increasing pressures to meet the needs of their fleet requirements. Not to mention, the concerns surrounding fuel supplies across the UK which is adding to the fire. Andusia have experienced the effects of the shortages first-hand and share their perspective.

What are the contributors?

Being described as the ‘toughest challenge yet’, the UK are experiencing shortages of around 100,000 HGV drivers, according to The Road Haulage Association (RHA). Reports suggest that a large percentage of EU workers returned home due to Brexit as the additional paperwork required at borders made relocation more attractive to drivers compared to their previous UK based work, leading to increased vacancies to source their replacements. The turbulent effect of the COVID-19 pandemic has also caused high levels of uncertainty and again, contributed to the shortage. The so called ‘pingdemic’ has rapidly reduced available drivers due to self-isolation pressures, with a record of 618,903 alerts being sent by the NHS Covid-19 app in one-week in July across the UK. A severe backlog in driver testing has also contributed to the unforeseen shortage of drivers across the nation. The knock-on effects of delays, cancellations to collections, and simply not being able to match demand hit the industry with great strength.

With the recent issues surrounding fuel supplies in the UK, the waste industry has experienced further dilemmas. Thankfully, hauliers are currently not being hit with the issue directly due to the large majority having filling points at depots and being prioritised for fuel deliveries as they provide an essential service. However, workers themselves are having trouble getting fuel for their personal vehicles and cannot get to work, resulting in a further shortage of available drivers.

An effort for the government to streamline the COVID-19 impact on the haulage dilemma has been implemented to change the rules to allow ‘pinged’ commercial vehicle drivers to continue to work if they have received two Covid-19 jabs and are able to produce negative Covid tests, alongside the changes proposed to testing once entering the UK making it slightly easier.

Announcements have also been made stating that a temporary extensions has been granted to the legal number of hours allowed behind the wheel. Most recently, the government has announced their plan to shorten the HGV driver testing process, showing positive development in getting drivers back on the road for longer. It’s thought that the proposal could include combining the Class C test used for rigid lorries and Class E for larger articulated lorries into a single test, eliminating the current 2–3-week minimum period between the two tests.

We do however need the government to take urgent further action to control and continue to efficiently manage the issues. Recently, experts have urged the government to direct focus towards waste infrastructure. With many policy changes and uncertainty, a call to action for waste infrastructure to be moved higher on the governments agenda has been raised. Without the support, investment and force for change, the supply chain will continue to see problems and disturbances for the foreseeable future.

Looking to the future

It’s without question that the disruptions to the supply chain can be predicted for the next 12 months as the industry gets back up and running to its pre-covid levels. Although experiencing the shortage first-hand, Andusia have implemented novel ways of managing their supply chain. We have managed to overcome and adapt to the consistently changing circumstances of the UK haulier dilemmas with the implementation of new routes, haulage companies and methods of transport such as bulk shipping.

Operations director, Chris May, shares his thoughts on the current situation: “The after math of the pandemic was inevitably going to cause us a few problems. However, unfortunately the effects of Brexit were hidden by the overriding influence of the pandemic. Only now, as COVID-19 restrictions have been fully lifted, have we really felt the impact that Brexit has had on the waste industry, and particularly our drivers. By no means have we found it smooth sailing; we have seen more queries and traffic to our logistics team than ever before due to all the uncertainty. What’s reassuring for us is our large pool of hauliers who have been supportive throughout these difficult times. Without these solid relationships, I think it would have been a lot tougher to remain resilient and be able to adapt so flexibly and quickly. We remain optimistic and positive for the future, and despite current challenges, know that there is light at the end of the tunnel.”