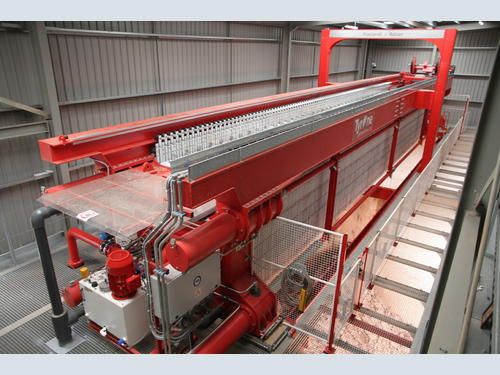 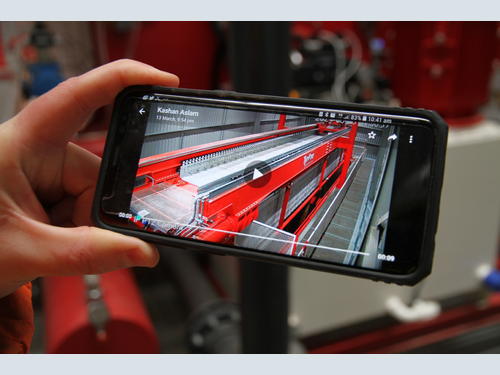 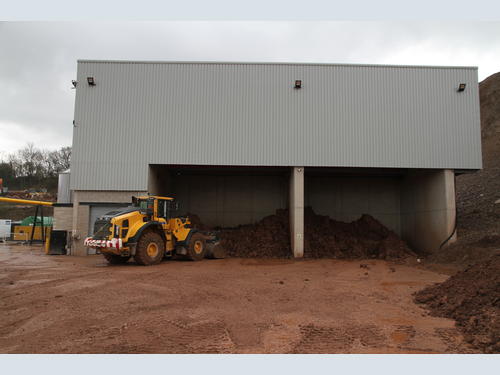 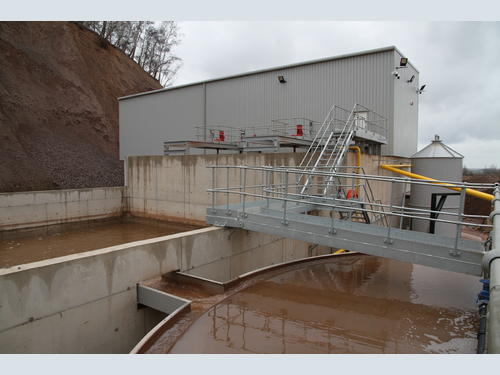 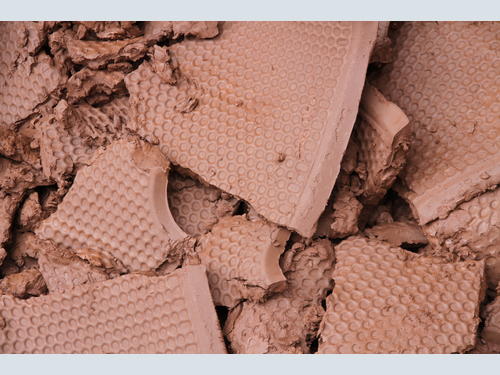 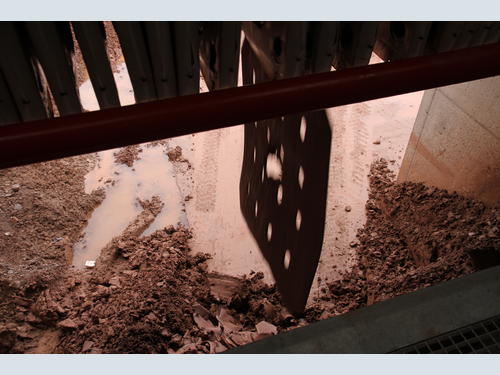 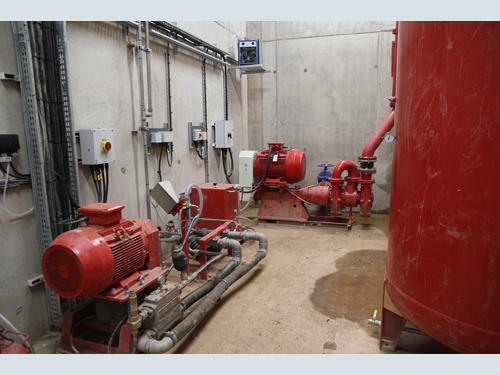 Tyrone International Ltd have installed the largest Fraccaroli & Balzan  over-beam filter press in the UK, along with a large, clarified water tank and a 500 cubic metres sludge tank for Crown Aggregates Ltd (CAL) at Hartshill Quarry, near Nuneaton, Warwickshire.

Hartshill Quarry has an extensive history in Quarrying dating back to the turn of the century and has been worked extensively until abandoned some years ago with some of the old workings becoming flooded.

Back in 2017, CAL started to roll out their overall strategy for the site, installing a new modular wash plant to process quarry scalpings with a high clay content to produce three aggregates and two sand products.

Fintan McKeever – Director of Tyrone International, commented, “On the Hartshill site silt content in the material is very high at 26-27%,  of which the clay content is very high, typically 30% of that silt fraction is clay, or minus two micron size.

“Initially a centrifuge was employed to produce a manageable cake but the moisture content of the cake from the centrifuge was typically 40-45% moisture. Consequently, CAL ran out of areas on the site to stockpile the cake, therefore by producing a much drier filter cake with the new filter press this has provided more avenues to dispose of this material. This has also allowed them to export the cake off their own site and put into other applications off-site.

“The installation of the new filter press has allowed CAL to produce more tonnage of washed aggregate per day, because the filter press is capable of processing a large volume of sludge.

“The gloss shine on the cake illustrates the high clay content within the material. To the touch it is tacky with a very high plasticity .

“The difference now is that this can be spread on a landfill using a dozer to line and cap a site as the cake produced is impermeable. Additionally, it is being tested for other uses. This material on this site is one of the most difficult materials you can have to filter.”

Fintan gave us the facts. “The Fraccaroli & Balzan overhead beam filter press at Hartshill has 220 - 2 x 2 metre square plates which makes it the largest over beam press installed in the UK Aggregate Recycling Industry!  The whole operation from start to finish takes 60-90 minutes to complete the cycle with 8 minutes to clear the plates, which is extremely fast for such a large press.

“The key thing about this press is that the overhead beams sit to the side which allows full access to everything on the top; unlike traditional overhead beams where everything sits in the middle and include a chain drive mechanism and hooks on the chains to open the plates.

“Eventually all those hooks and the chain wear out and if you get a press ‘blow out’ sludge will cover all the mechanism making it extremely hard to access and maintain everything. On the F&B press, maintenance is super easy as everything sits to the side and there is full access round all sides of the press.”

Fintan, continued, “There is a robot mounted on top of the press which has three functions – it opens ten plates at a time and then shakes them and discharges them into material bays below which other overhead beams don’t do.

“It also operates the automatic washing system which washes from the top down. This is completely different as alternate systems wash from the bottom up. When it is washing the press, a mobile trolley moves along with the washing system and collects all the water which is returned to the thickener..

“It’s an extremely fast automated system, we have full remote access to all the control on the plant so if there are any alarms, operator problems or issues we can remotely dial into the plant and can access all the alarms and the history and can then offer advice to the plant operator as to what he needs to action.

“The whole design philosophy of this plant is making everything as easy as possible, easy to access, easy to maintain, easy to service which has been a total success.”

Full access and control:
At Hartshill Quarry a dedicated press service room situated beneath the press contains all the critical components which protects everything from the weather making it easy to access and maintain.

A press control panel adjacent to the press allows the operator to control the moisture content on the cake by measuring the volume of filtrate water that is coming out of the press. As it gets to a set level the pump will stop and the plates will be discharged.

Access and monitoring for the plant is done remotely. Another added feature is that CCTV has been installed within the press building allowing a 24-hour visual of the press which is accessible from a mobile phone.

Kash Chaudry – Director of CAL, commented,” It’s fantastic our new filter press is now commissioned and it’s the largest press of its kind in the UK!

“A big thank you to Fintan McKeever and his team for supplying and ensuring detailed completion of this engineering masterpiece.”