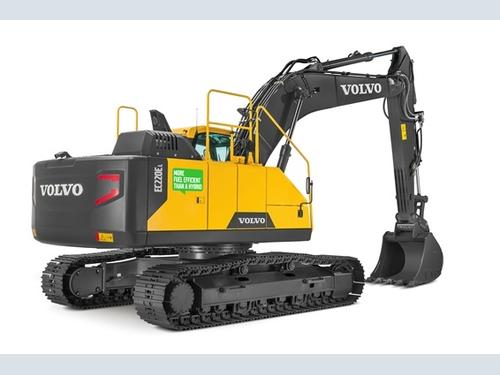 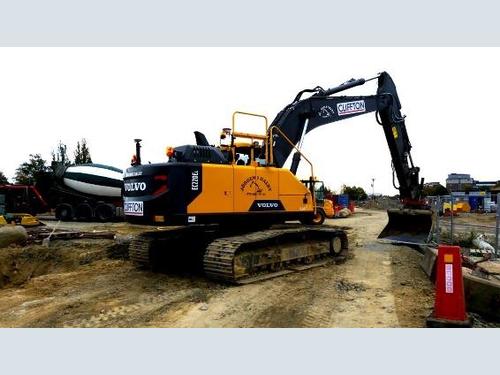 Rigorous side-by-side competitor comparison tests have confirmed customer feedback that the Volvo EC220E excavator offers the best fuel efficiency and operator comfort in its weight class – better even than a competitor hybrid.

Since the launch of the Volvo EC220E in February 2015, Volvo Construction Equipment (Volvo CE) has received widespread praise from customers about the excavator’s low fuel consumption and comfortable cab. Many customers have even claimed that it is the most fuel efficient and comfortable 20-25 ton excavator they have ever worked with – and a superior choice not only to older Volvo models but also similar machines from other manufacturers.

Today the EC220E is one of Volvo CE’s best-selling crawler excavators in Western Europe and the Nordic countries.

Jörgen Bäckström, owner of construction contractor Jidab AB in Dalby near Malmö, Sweden, purchased a Volvo EC220E six months ago to replace his old EC210B. This model had proved a reliable and durable machine but did not meet the new Stage IV emissions requirements. Several of his peers in the Swedish construction contracting industry were already using the Stage IV-compliant Volvo EC250E excavator – the next size up from the EC220E – and had spoken highly of its low fuel consumption, the responsiveness of the hydraulics and the comfort of the cab. This recommendation by his industry friends was a strong motivator in his choice of the EC220E.

5,000 liters less per year
And he is pleased he followed their advice. So far Bäckström has reported fuel savings of 3 liters per hour compared to the EC210B. This will amount to fuel savings of approximately 5,000 liters per year with a direct improvement on his company’s bottom line – not to mention environmental impact. Furthermore, his operators especially appreciate the way buttons are integrated into the levers and can be programmed according to personal preference to control machine functions, such as the Bluetooth phone system, outside cameras, the audio system, windscreen wipers and the hydraulic systems power mode.

Bäckström says this attention to detail makes a big difference to operator convenience and, therefore, productivity.

In light of this and many other glowing testimonials, Volvo CE commissioned side-by-side tests of the five main competitor machines in the same weight class as the Volvo EC220E, including a well-known hybrid, to investigate how the EC220E really does shape up. The tests were carried out at two separate customer locations in the UK and Norway by an experienced operator, who had taken the time to fully familiarize himself with each of the machines, ensuring a fair comparison.

Each machine was set to work loading a truck with hoggin (a mixture of sand and gravel used as hard core in road building) and the payload (tons), cycle time (seconds) and fuel consumption (liter) were measured for seven loading cycles in both ‘high power’ and ‘customer’ modes. The measurement was taken five times over the course of 10 days to find an average value, and the productivity (tons per hour) and fuel efficiency (tons per liter) were calculated based on 60-minute working hours.

“We had a feeling that the Volvo EC220E was one of, if not the best in its class on the excavator market right now and were thrilled to see this confirmed in the competitor side-by-side tests,” says Per-Erik Lindström, vice president of hub north within Volvo CE Sales Region EMEA. “This concrete data provides reassurance for customers both existing and new that the EC220E is a profitable and environmentally-conscious choice.”

Kurt Deleu, Volvo CE’s director for excavators in Sales Region EMEA says: “At Volvo CE we don’t just sell our customers a machine, rather a package of technology and services that empowers them to conduct their operations in the most productive and profitable way possible. This customer-centric view permeates down to the design of our equipment and the fact that with the EC220E we have managed to achieve a level of fuel efficiency for our customers greater even than a competitor electric hybrid is testament to our success.”