Volvo Motherwell reveals winner of apprentice of the year award 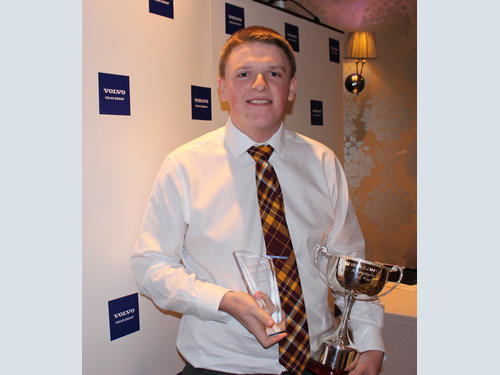 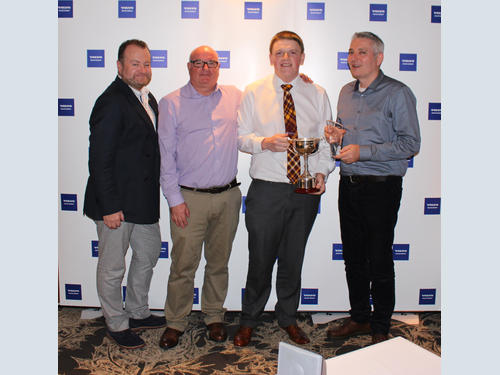 His apprenticeship now completed, Ross was presented the accolade at a prestigious award ceremony at the Dalziel Park Hotel in Motherwell on Friday 31 August by Vice President of Volvo Rigid Haulers and Managing Director of Terex Trucks, Paul Douglas.

Fellow apprentices Fraser Blackwood, Graeme Blake, Chris Keegan, Paul Murdoch and Allan Foy were also shortlisted for the award and were all subject to a selection process that involved input from East Kilbride Group Training Association (EKGTA) assessor, David Elliot, and a peer group assessment. Academic excellence, aptitude, ability and leadership qualities were all considered by the judging panel before concreting their decision.

HR Director Paul Tierney said: “All of our shortlisted apprentices demonstrated a wealth of knowledge and broad skill-set, but Ross’s ability to address challenges with a mature and logical manner has not gone unnoticed. His positive, can-do attitude towards a situation has established him as a very well-respected member of staff amongst his peers and I am confident that he will go on to secure a successful career within the industry.”

The apprentices were recruited through EKGTA and spent one day a week at college and four days in the factory over their four-year paid apprenticeships. The programme is planned on future skills gaps in the business and is intended to lead to full-time jobs. All six apprentices who finished their modern apprenticeship this year now have permanent roles within the organisation.

Ross Kerr said: “I am beyond thrilled to receive such a prestigious accolade from Volvo. It is very special and has really topped off an excellent experience.

“Working alongside and learning from my peers over the past four years has equipped me with lifelong skills that I now look forward to practising in my new role.”

His career will continue within Volvo as he now progresses to the role of manufacturing engineer.

Volvo Motherwell recently recruited five new modern apprentices through its Modern Apprenticeship programme which provides hands-on experience and a range of qualifications including Scottish Vocational Qualifications (SVQs) and National Certificates (NCs), as well as the opportunity to progress to further education on completion. They also recruited a graduate apprentice who will work towards a BEng (Hons) in Engineering while gaining hands on experience through the course of his apprenticeship.