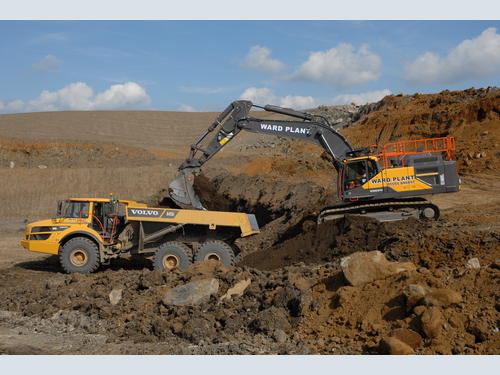 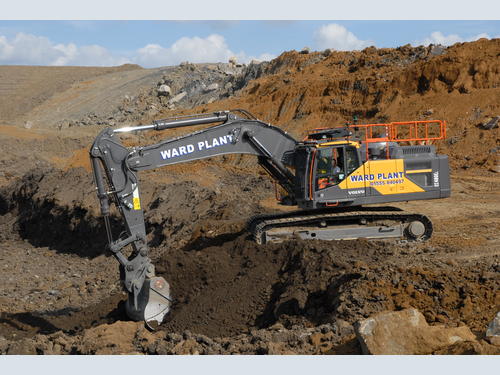 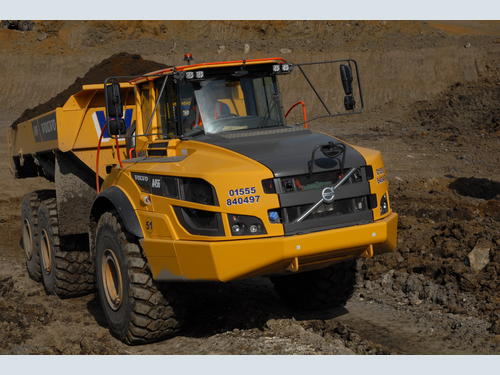 “In my considered opinion, the Volvo ADT is second to none on the market today, and all the trucks I’ve ever run have proved themselves over and over again in terms of reliability, productivity and fuel savings,” says Martyn. “And it’s like anything else – if you look after your kit, then it’ll look after you; some of our trucks have achieved over 16,000 hours on original engines,” he continues. “The same applies to our Volvo excavators; we’ve been really pleased with the robustness of the machines and the quality of the pins and bushes. One of our oldest EC210’s has absolutely no play whatsoever in the boom, dipper arm and bucket linkage!”

The latest package of machines to join Martyn Ward’s fleet include two new Volvo A45G articulated haulers - Ward Plant’s largest capacity trucks to-date, a fifty tonne EC480E excavator in mass excavation configuration and a twenty five tonne EC250E. Ward Plant now has thirty-four Volvo articulated haulers in its fleet, the majority of which are A30s. However, the new A45Gs were chosen to give an optimum return on cost per tonne moved, matched to the new fifty tonne excavator.  “Whilst we run A30s predominantly for general hire, we see some positives in running the larger haulers in certain applications, and so far they are exceeding our expectations on cost per tonne moved,” continues Martyn. “But that’s not all. We enjoy an excellent level of service from SMT GB when we do get the occasional issues and, not least, the trucks and excavators have an excellent residual value.”

The new trucks, along with the EC480E, are currently being deployed on a large open cast coal site restoration project in Ayrshire, with a number of other large infrastructure projects planned for the near future.

The A45G hauler has a carrying capacity of 41 tonnes, and a heaped capacity of 25.1m³, and is powered by a Volvo 16 litre Stage V compliant engine, developing 481 nett horsepower. This is coupled to Volvo designed and manufactured powertrain components, for optimum performance and reliability.

The Stage V Final 13 litre engine, featured in the EC480E develops 378 nett hp, whilst its smaller bother, the EC250E, has an 8 litre power unit rated at 216hp, both of which are ideally matched to the automatic sensing mode hydraulic system. The machines’ hydraulics are perfectly matched to their engines, and are controlled by an advanced system that provides on-demand flow and reduces power losses within the circuit.