“Volvo set a high standard for others to beat…” 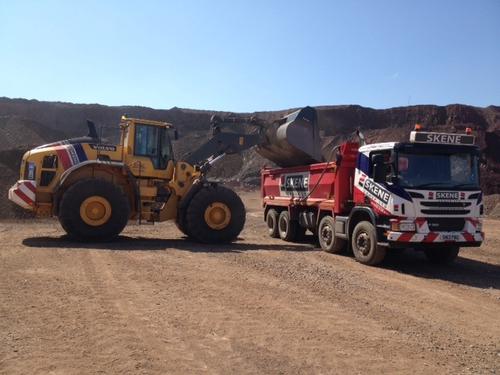 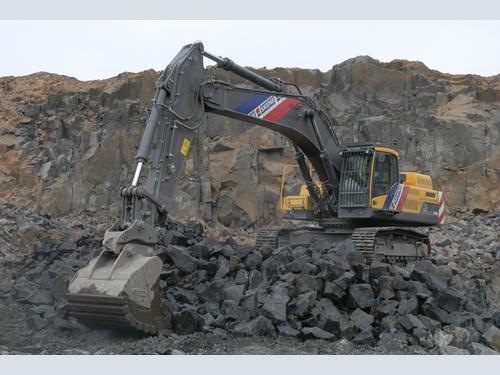 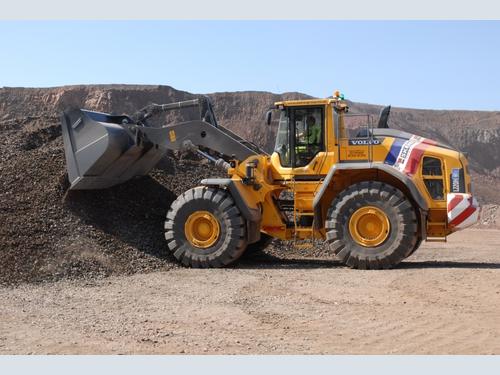 Is the sentiment of Skene Group Ltd’s joint managing director Darren Forrester as the company takes delivery of a forty eight tonne EC480D excavator and an L220H loading shovel - the first H series loader with Stage IV final engine to be sold in Great Britain.

Skene Group Ltd of Glenrothes Fife has added a Volvo EC480D and the very latest H series L220H complete with 5.6m³ rehandling bucket to its fleet of predominantly badged Volvo equipment after a careful evaluation of the market. “The complete package on offer from Volvo from the initial quote, trade in valuation and order to delivery process and after sales service support is very professional in our opinion,” commented joint managing director Darren Forrester. “We worked very closely with the team at Volvo to get the specification on both machines absolutely correct for the two different applications they were purchased for - they set a high standard for others to beat.”

The forty eight tonne EC480D has been specified with a 7m heavy duty boom and 3.25m heavy duty dipper arm ensuring the maximum possible breakout and tearout forces are available digging and loading blasted dolerite into the resident mobile primary crusher. This combination of long boom and mass excavation arm provides a generous 261kN of breakout force yet affords superb reach from the dig zone to the crusher reducing the amount time needed to re-position the equipment. Powered by a stage IIIB Volvo 13 litre engine developing 348hp, a maximum torque of 1800Nm is achieved at just 1400rpm and this in conjunction with the machine’s advanced hydraulic system ensures maximum fuel efficiency is achieved through every work cycle.

The machine is now the resident prime mover at Skene Group’s Lomond quarry located on the outskirts of Leslie in Fife. The machine has also benefited by the addition of heavy duty belly plates and FOGS guarding for the cab. An existing heavy duty rock bucket owned by Skene has had a complete refurbishment and been fitted to the new excavator.

Taking charge of the rehandling and stocking out area at Skene Group’s Soutra Mains quarry is the first H series Stage IV final loading shovel to be delivered in Great Britain. Prior to its arrival at the busy sand and gravel and concrete batching plant the machine was proudly exhibited on the Volvo stand at this year’s Hillhead. With its striking Skene Group logo the machine has been equipped with XMineD2 tyres and a 5.6m³ rehandling bucket, auto lube and optional boom suspension. The 32 tonne shovel is powered by a 13 litre stage IV final engine developing 373hp in a relatively low rpm range of between 1300 and 1400 rpm with an expectation on Darren Forrester’s side of considerable fuel savings. “The machine replaces the smaller L180F to increase production and again we considered the specification closely in order to achieve just a two bucket pass loading out eight wheeled lorries,” says Darren. “In the long run we expect to see some considerable savings on fuel consumption.”

As with Skene Group’s existing fleet of Volvo branded equipment these latest arrivals have been supplied with Volvo’s Blue service agreements which are based on a fixed rate per scheduled service and a fixed rate for mileage including oil sampling and regular inspections to be reviewed on an annual basis. “The decision to outsource the regular servicing, inspections and oil sampling back to the original manufacture makes sense in our opinion,” said Mr Forrester. “Having Volvo looking after the equipment with their own trained engineers using genuine parts with the proper disposal of all used oils and materials gives us both peace of mind and a tight control on each machine’s life time cost.”

The Skene Group has enjoyed steady growth since it was founded in 1968 by its current Chairman, Donald Skene. It became a limited company in the late 1970s with the launch of its civil engineering, road building operations and demolition activities then diversified into minerals in the 1980s, quarrying sand, gravel and hard rock deposits. The 1990s saw further expansion, this time into pre-cast and ready-mixed concrete products. Managing director Neil Skene joined the business in 1984 and now oversees all its divisions providing sand and gravel quarrying; hard rock quarrying; concrete products and construction services along with joint managing director Darren Forrester.