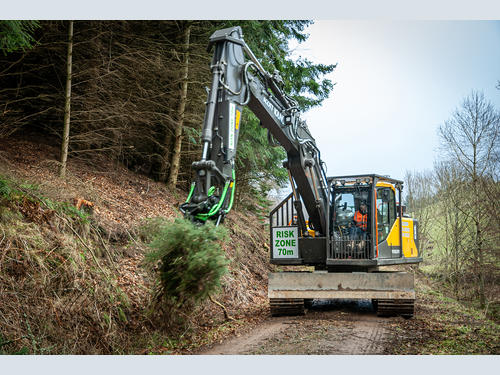 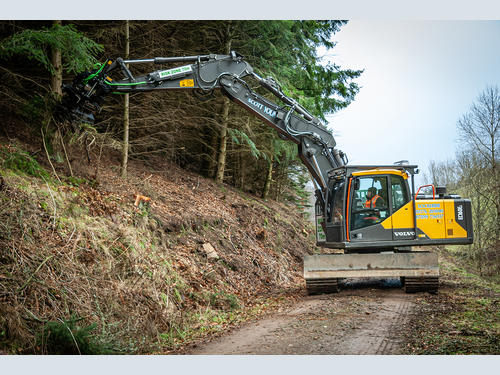 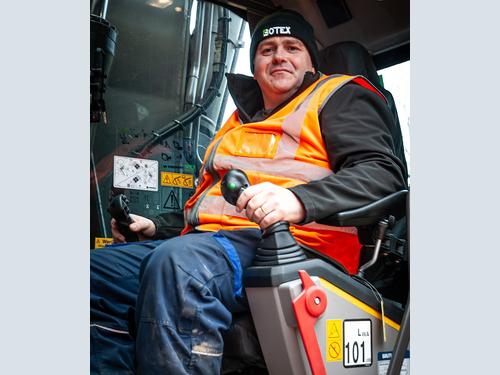 Joining an existing EC160E and EC220E, a new EC160E with a unique two-piece boom and Steelwrist X20 tilt rotator comes festooned with a host of added extras that make it a very bespoke machine indeed.

Established in 1992, proprietor Scott Young senior is joined in the daily running of this company by his two sons, Steven and Scott Young junior. This family-run business specialises in forestry work, building and maintenance of forest tracks, as well as some general contracting work, crushing and screening.

At the business end of the new sixteen-tonne machine, Scott Young junior interchanges attachments between the Steelwrist tilt rotator and a mulcher. “The machine has plenty of power to operate the mulcher and, in conjunction with the priority control valve, makes it highly responsive,” comments Scott Young junior. “Using the Steelwrist tilt rotator in conjunction with the two piece boom makes the machine very versatile as well, especially when I’m working on narrow forest tracks and up against embankments.


Other features that have been specified on the machine include additional all round LED lighting, heavy duty guarding for the cab and a machine superstructure that was produced specifically for the EC160E by Lammer Engineering of Gifford, East Lothian. It also sports side impact protection for the superstructure, a special deflector mounted on the dipper arm, a Prolec height limiter device, Lexan safety glass for the windscreen and a factory fitted dozer blade with heavy-duty wear plate.

For example, the maximum reach with the 2.6m dipper arm is 8.87metres, whilst the maximum dig depth is a generous 5.5 metres. Furthermore, the machine is capable of digging to its maximum depth at a mere 3 metres from the machine centre. Hose rupture valves are fitted as standard to the boom and dipper cylinders, as are quick fit hydraulics and a hammer/shear service. The X3 rotation circuit comes as an optional extra.

“It’s early days yet, but so far I’m very pleased with the way the machine is performing; it is certainly ticking all the boxes as far as I’m concerned,” declares Scott. “The machine is robust, well-built and extremely comfortable from the operator’s point of view; I cannot fault it.”