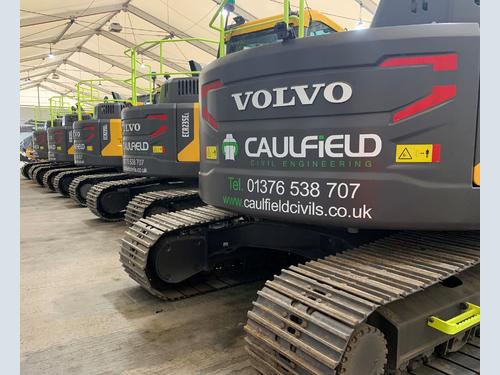 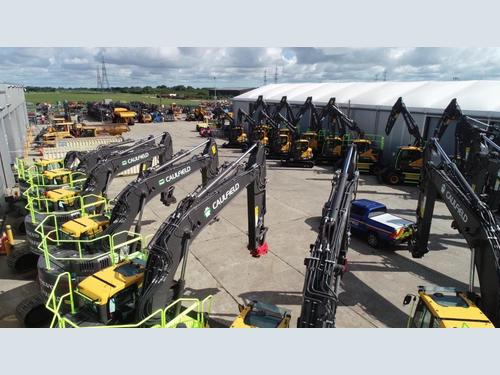 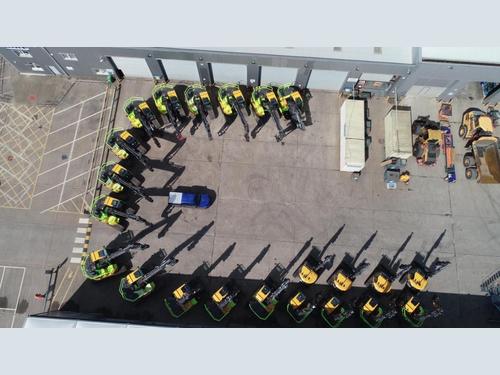 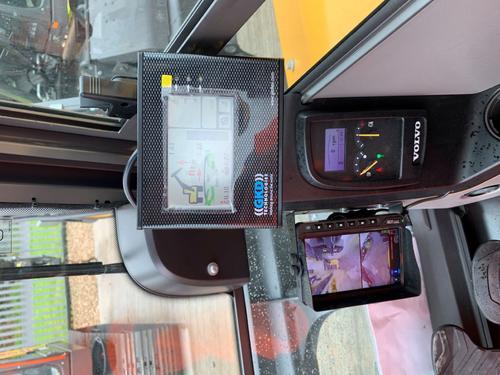 Caulfield Contractors has its headquarters in Braintree in Essex. The company, which forms part of the Link Group of companies, alongside Caulfield Civil Engineering, specialises in drainage, utilities, and tunnelling works.  The company’s most recent highways projects have included providing drainage for many of the ‘’Smart Motorway’ schemes that are currently under construction around the country.

All the new Volvo machines have been fitted with GKD Technologies 2RCi height, slew and load rated capacity indicators, with additional safety beacons.  The new fleet of excavators join an existing fleet of six Volvo excavators, which are also fitted with GKD’s 2RCi system – taking the total fleet of GKD fitted machines to 28.

The machines are currently working on the M1 ‘Smart Motorway’ works from junction 13-16 performing drainage duties.

Martin Bellotti is Caulfield’s plant and transport manager, Martin has been with the company since January 2019, prior to joining the company he was working with a company specialising in manufacturing car transporters, as group transport manager, which has put him in good stead for his role at Caulfield.  Martin is responsible for all the plant at the company, from the largest excavator, down to the small tools that are onsite.  This is in addition to the company’s fleet of HGV’s which includes lowloaders, crane lorries, grab wagons and thirty number tipper trucks. lowloader and two beavertails with hiabs, three grab lorries and twenty tipper trucks!

“We had used a competitor’s brand prior to GKD. Following some research into alternative RCI’s, we took the decision to have the GKD RCI system fitted to our existing fleet of six ECR355 excavators, which we purchased early 2019.” Explained Mr Bellotti.

Mr Bellotti continued, “We could see a significant improvement straight away with the GKD system, over the competitor’s brand.  With our new machines, we also looked at alternative brands of RCI systems, before committing to GKD for this new batch of 22 excavators, but we concluded that the six 2RCi systems we had were performing perfectly.

By using all GKD systems it also provides us with a uniformity across our machines - with one simple system.  This is far better for our operators in terms of productivity with one set of training for one type of system.”

Mr Bellotti added, “The feedback from the operators using the 2RCi has been exceptionally good.  We have had a lot of assistance and back up from GKD’s technical field support engineer, Piotr Bolesta. Piotr has also been onsite and has conducted product familiarisation training with our operators and has run through some basic maintenance training for our fitter.

Piotr has also been extremely helpful on the phone and offered further assistance to operators who had some additional questions – his back up support has been absolutely brilliant – I am extremely impressed with him!”

In conclusion Mr Bellotti said, “The service has been very good with our existing GKD systems – we have received prompt attention and the installation was also very good  We would most definitely specify GKD again, based on the level of support we have experienced so far – I am very happy to recommend GKD.”