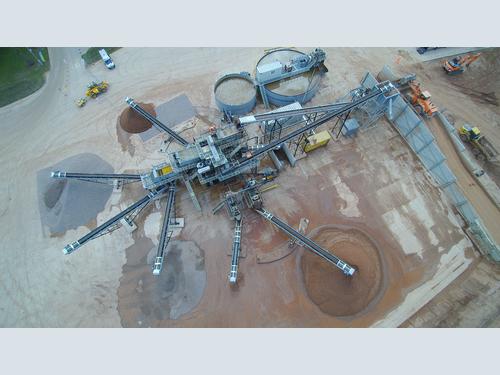 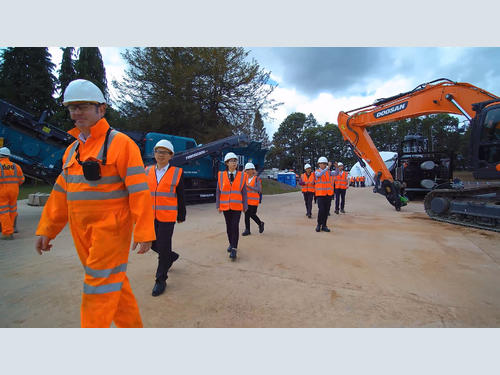 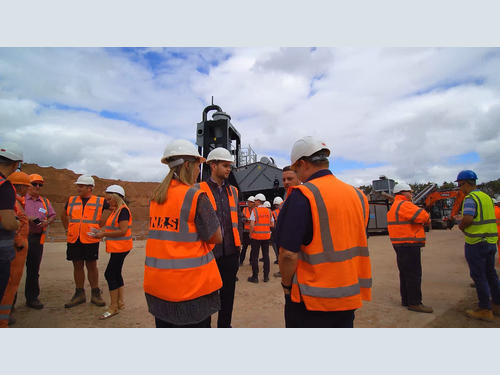 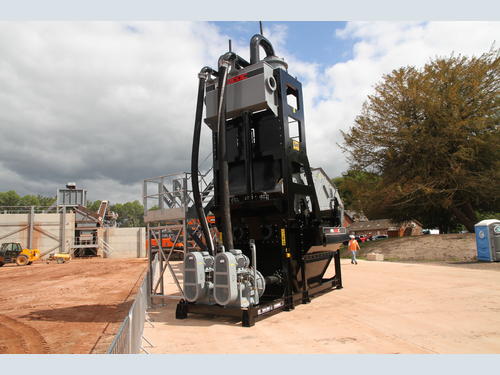 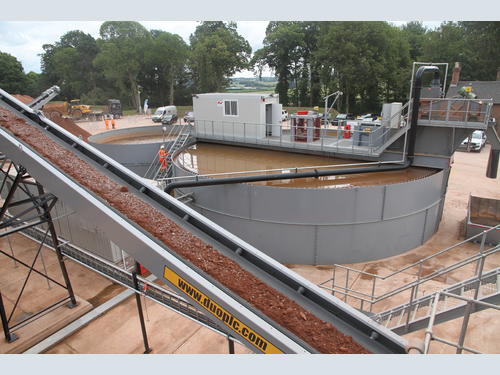 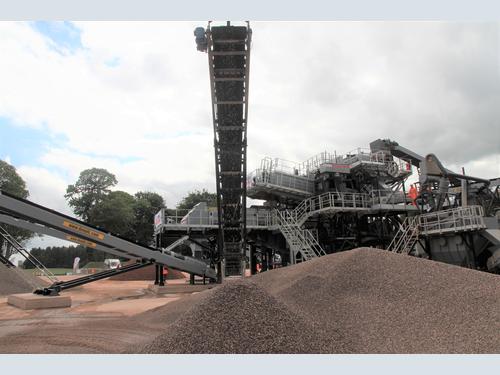 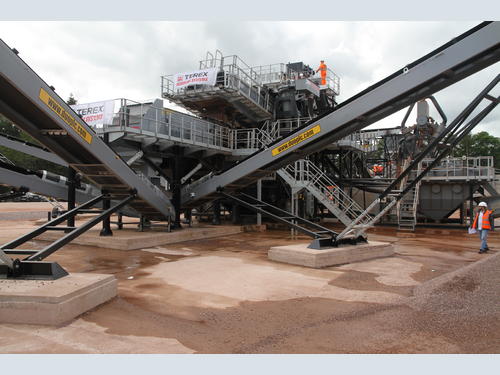 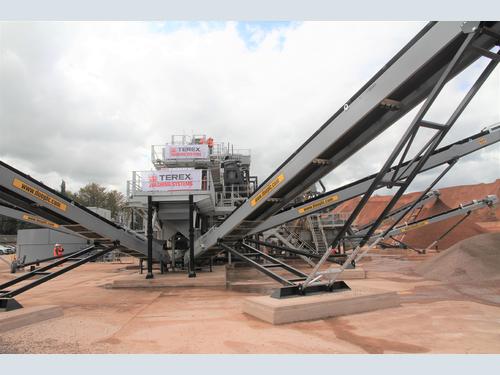 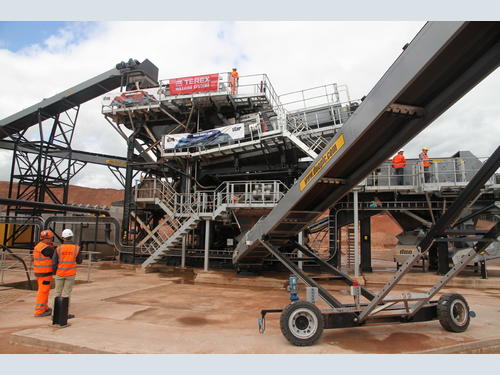 DUO Equipment and Terex Washing Systems (TWS) have recently held a successful two-day event at Woodcote Wood Quarry near Telford which is owned and operated by the NRS Group.

NRS – The story so far:
NRS have invested in a total of four wash plants with the Woodcote operation the latest to come on stream.  All have been supplied by DUO Equipment.

NRS was formed in 2005 by MD, Mark Ketcher when they operated a small fleet of tippers and plant. This soon expanded from haulage to the operation of inert landfills. In 2011 the company had the opportunity to purchase Saredon Quarry and today NRS operate some of the largest inert tipping facilities and quarrying and recycling aggregate production operations in the midlands employing over 70 staff.

The fourth DUO washing plant:
Mark Ketcher – MD of NRS, commented, “This is our fourth plant from DUO Equipment, and we have one more that isn’t commissioned yet at Meriden. All are different plants with each one more technically advanced than the last. We tendered for this site against a number of major companies and the owner was very impressed with our operation and we won the site. In total it is a £4.5 million investment; we did the civils and used our concrete trucks and aggregate from our other sites. There was an initial issue with flooding but that has now been resolved. It is an extensive site and by the time we get to the top we should have excavated to a depth of 50 metres.”

Woodcote Wood Quarry:
Originally a commercial forest the 130-acre site has a reserve of two million tonnes of very soft sand heavy material lying in benches with layers of rock sand. It is projected to process up to 200,000 tonnes/annum.

Alex Moss – CEO for DUO, commented, “The material has to be very carefully and consistently processed with limitations on top and bottom size of sand for specific markets. The tolerances are very tight at -1.0mm of 100% and the bottom end of the grading its 0.5mm of 1% on the silt and has to be consistently maintained.”

Tim Hall – Consultant to NRS, added, “When we first looked at the plant for Woodcote, we considered several companies and after consideration we chose the DUO plant which we now have. We liked it because it’s a compact plant that produces the right products in the right quantity at the right time. The overall project was completed within the time frame we expected, to the quality we expected. DUO have provided all the back-up and support that was needed; overall we are very pleased.”

A world first with the AggWash™ 300:
The award-winning Terex Washing Systems AggWash™ 300 was the world’s first modular scrubbing station to integrate heavy attrition with sizing lightweight contaminants removal, and hydro cyclone-based fines recovery in a single highly portable chassis. Aggwash™ is a rapid-install solution with a compact footprint for a wide range of applications within the aggregates, recycling, remediation and mining sectors. Primarily designed for the processing of construction and demolition waste but equally suited to virgin material applications.

The NRS Woodcote Wood wash plant:
John Bracken – Director of DUO Equipment, describes the plant process, “The Terex Washing Systems AggWash™ 300 is the first of its kind in the world market and incorporates two 16 x 5 screens, 200tph log washer and a 200 tph classification unit, basically the first modular structure of this size. Processing at 300tph it provides two grades of sand, and four aggregates. It incorporates a recirculatory system where any oversize is returned to a TC1000 Cone Crusher via a surge bin with the feed then re-joining the main conveyor where it is delivered onto a 16 x 5 triple-deck rinsing screen.

“This primary screen then feeds a 200tph twin-shaft log washer which incorporates a high-frequency 8 x 4 trash screen removing organics and lights. Material going forward is then delivered to a 16 x 5 triple-deck part rinser which removes any fine sands remaining after the log washer; these are then sent back to the Fines Master 120C sand classification unit. This screen has the capability of producing up to four products and is currently producing three clean products of 10/20/40mm.

“A feature of the process is the inclusion of the AMP plant which receives any overflow from the sand plant and produces a cut on a really fine sand in order to ensure a pure 35-micron + material.

“The plant at Woodcote Wood incorporates a water treatment system which is fed from the AMP ultra-fines sand classification unit into the thickener system. This material is then dosed with flocculent to provide a clarified clean water to return into the plant. The material after the thickener is then pumped away to a lagoon.”

The plant is fed by shovel into a 30-tonne feed hopper which was designed and manufactured by DUO Manufacturing and incorporates total access for serviceability.

John, added, “A great deal of thought has been put into access on the Terex Washing Systems AggWash™ 300, especially for screen box and log washer access.

Exhibits at the open day:
Alongside the new Terex Washing Systems AggWash™ 300 DUO took the opportunity to display some of the other world-class brands they represent, these included:

Key features include a patented hydraulically folding recirculating conveyor on the 3-deck version eliminating the need for a crane on site and a 2-bearing screen with adjustable screen speed and amplitude with hydraulic screen angle adjustment.

On show were two machines that are marketed by sister company Seoul Ltd who is a Doosan construction equipment provider to UK national accounts, offering sales, rental, contract hire and aftersales support.