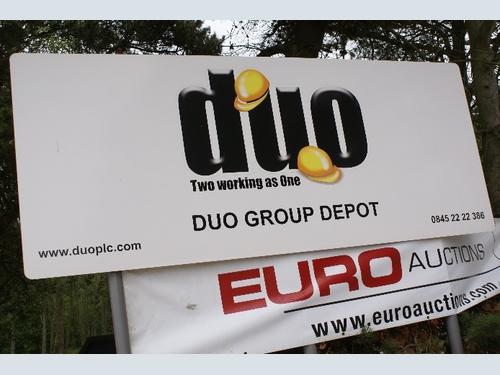 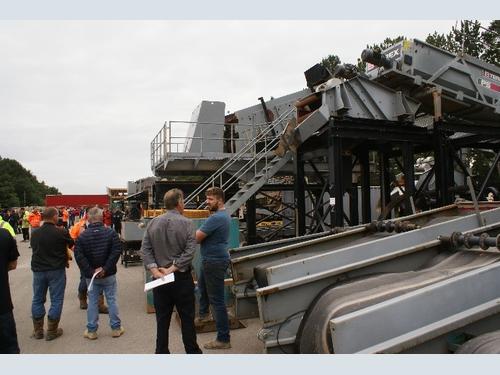 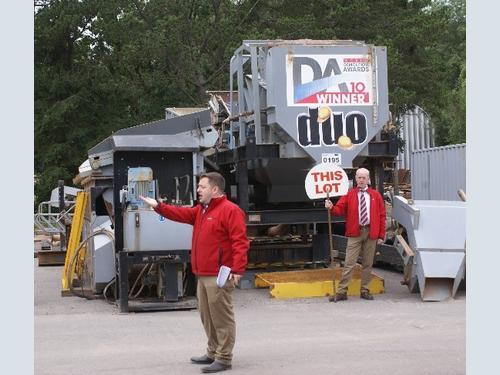 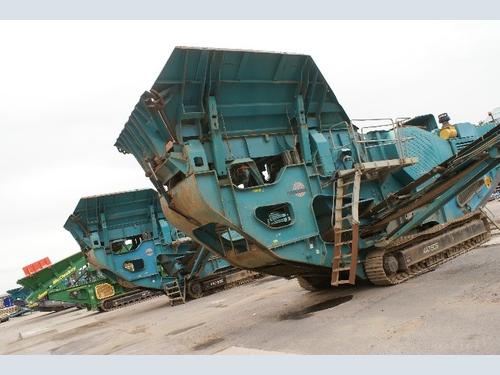 The recent one-day sale of specialist washing and recycling plant, screeners, crushers, excavators, loaders and ancillary aggregate processing equipment, held on the 27th August at the DUO facility in 'Burton-upon-Trent', was a great success attracting a global audience, with a £4 million hammer total...

This exciting one-day sale was part of a 'stock refresh' ahead of the new and exciting expansion program DUO are planning at their new site in Coventry, where the very latest aggregate processing, recycling machinery and ancillary plant equipment will be installed. Now, following the recent sale, the Burton-upon-Trent site will be decommissioned.

Up for sale was an inventory of major items from the Terex and Powerscreen washing and recycling range including: major components for wash plants, de-watering equipment, filter presses, filter tanks, sand plants, conveyors, screeners, and crushers in addition to a range of various commercials, plus general plant and machinery.

With Covid in mind, two 'viewing-days' were set up prior to the sale, which were well attended by representatives from across the industry, such was the interest in this sale. Online bidding was always going to be the preferred route for prospective buyers, due to Covid, with interested bidders attending the viewing days, and bidding online during the actual sale. In total, 669 bidders registered, with 613 bidders placing their bids online, which equated to 94% of all bidding activity. This sale attracted many new registrations who previously had never participated in a Euro Auctions sale, with 13% of bids coming from new bidders. Of all successful buyers, 74% of purchasers were conducted online.

It was the international activity that was interesting, and considering the special nature of this sale, bidders from over 45 countries globally registered participate in the sale, across Europe, North Africa, the Middle East, Central Asia, Australia and South America. As expected the top buying country was the UK, however, successful bids were received from, and in this order: UK, Republic of Ireland, the Netherlands, Poland, Italy, Malta, Germany, Belgium, Portugal and Hungary.

Euro Auctions uses a robust and bespoke online bidding platform, and by taking video and images of all lots ran a live 'online sale' which bidders could then view, allowing the global audience, as well as floor bidders on the day, to participate in the sale. The scheduled auctioneers would normally travel from the USA to officiate at the sale. However, due to travel restrictions, on this occasion, they conducted the sale in real time, live and online, from the offices of Euro Auctions sister company, Yoder & Frey, who are based in Ohio.

David Betts, Sales Manager for Euro Auctions, comments on the success of the sale, "Throughout the Covid pandemic, Euro Auctions has never missed a sale, with a combination of operating behind closed doors, live on-line auctions, and timed sales. The DUO sale was no different. With the online capability we have, our bespoke bidding platform, hosting an online sale in real-time, is something that Euro Auctions excels at. Our IT teams, in the UK and the USA, have linked technology, enabling auctions, such as the DUO sale to happen throughout the Covid pandemic. Prices were good and both buyers and the seller were happy with the outcome of the sale."

The hammer total for the sale was just over £4 million, with the inventory including a broad selection of components for the Terex® and Powerscreen washing systems with notable items being: M1700 Tracked Triple Deck 3 Way Wash Plant, Powerscreen 2100 Tracked Twin Deck 2-Way Screener/Washer, and Terex Aggwash 60-2 Duel Sand c/w Feeder & Conveyors.

David Betts concludes, "Again, Euro Auctions has proven that it can operate in highly specialised sectors of the market. We understand this sector, the equipment, and the buying audience, and have demonstrated we can attract a specialist international audience. More importantly, this sale has also demonstrated that Euro Auctions is open for business, both 'on-site', at one of our permanent sales arenas, 'online' and like the DUO sale, 'off-site' at a client site."