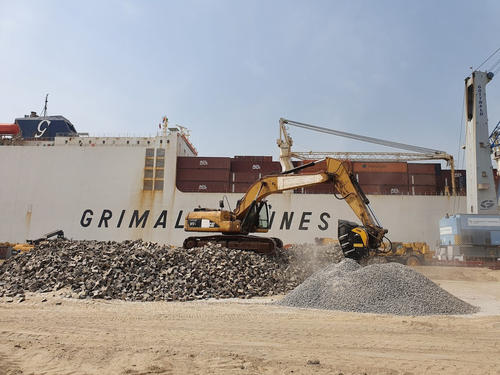 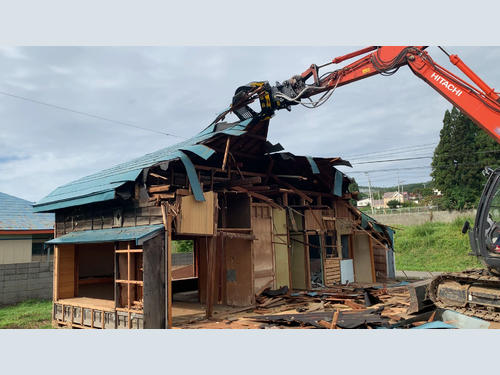 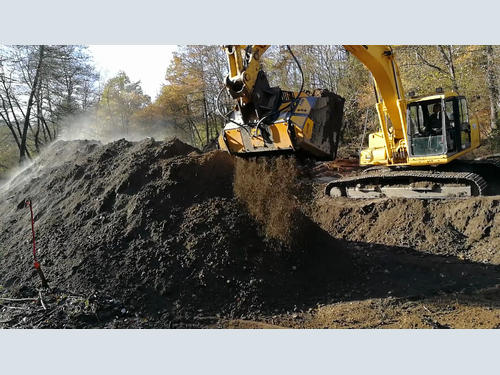 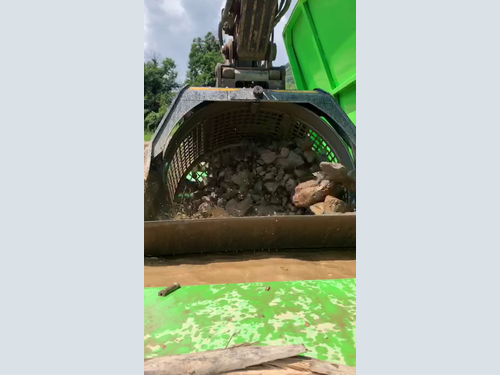 If you think of construction work as easy, let us tell you that you are wrong. At almost any stage of the job, difficulties can arise. And every problem must be solved quickly and without incurring additional expenses. Everyone solves difficulties in their own way, either with the machinery they already own or by adopting new processes that not only solve their problems but allows them to generate revenue.

“Sometimes, however, customers surprise us,” MB Crusher says. “In a truly brilliant way, they solve problematic situations using our machinery in a way we would have never thought.”

Demolish not destroy: The grapple with a delicate touch
On a construction site in Japan, it was necessary to demolish a wooden house without destroying or ruining the material. Traditional three-tooth claw grapples, make it difficult to remove and move the small pieces of wood. On the other hand, the MB-G900 grapple removed the wooden planks, and delicately and precisely moved them without destroying the material. Using the MB-G900, the house was deconstructed, not just demolished. The job was completed quickly, accurately, and without additional costs.

At the port, work never stops
We are at the port of Conakry, Guinea, where 2 million tons of goods get trafficked every year.

A 774 million dollar restoration project was underway, which included the restoration of the handling and storage area, which had begun to deform after continuous storage and movement of heavy cargos.

Elimination of the existing self-blocking concrete blocks used to reinforce the subsoil is no easy task, let alone trying to replace them while the port activity continued. The ingenious solution the construction site adopted was using a BF80.3 crusher bucket: with this agile and compact unit, they managed to crush the existing blocks on the spot, reducing them to a size of 0-3 cm.

They then mixed the crushed material with the existing sub-base, creating a quality mixture capable of withstanding heavy loads. All done in a small space, without using trucks and disposing of waste material: three successfully attained goals. VIDEO https://vimeo.com/430762657

So clean it’s beautiful
Trentino Alto Adige, Italy, is known for its aesthetically pleasing public greenery: everything is treated in detail, flowers, and other decorations are always perfectly arranged. A landscaping company was tasked to clean dirty natural stones to create flower beds and fencing and decorative retaining walls without disturbing the surrounding areas. How did they accomplish this? The solution they adopted was to use the MB-S18 screening bucket with 80mm panels to select and clean the stones inside a tight, water-filled container.

Good-bye weeds!
In France, a mountain valley in the southeast had been overrun by the Japanese knotweed (which is commonly known as the “Polygon of Japan”): more than 1000 square meters of biodiversity was at risk. The task was to eliminate the weeds without the use of trucks to move tons of soil out.

The inventive idea was to use an MB-HDS320 shafts screener to pull live rootstalk and mulch it. This would deem the rootstalk unfit for regeneration, and it was no longer able to infest the land.

Even in a mine
A new tunnel had to be created in a mine in Sinaloa, Mexico. The obstacle? To Find a machine that could create the mine with precision and be effective in tight spaces.  The company thought to use a tool that hadn’t been used in a mine before: the MB-R900 drum cutter. They mounted the unit on a Komatsu PC200 and created an underground tunnel with millimeter precision.

Job sites come with their unique challenges, some of which seem impossible to overcome. Sometimes you have to work hard to find the most suitable and least expensive solution. MB Crusher equipment works with the equipment already on site; it pays for itself in no time; it is compact and easy to use.

Those who use the units become independent, cut costs, and reduce fuel consumption.