Getting attached to versatility 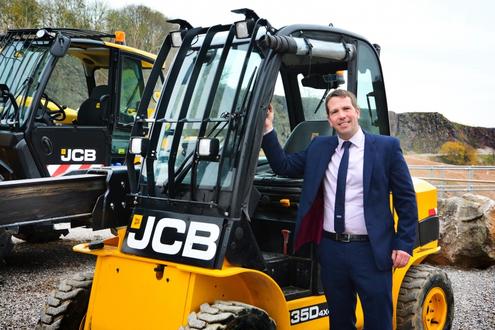 Busy waste and recycling sites are increasing their productivity by opting for versatile materials handling machines. A vehicle can be versatile simply by virtue of its design, for example a compact machine that packs powerful performance and capacity can be deployed in a broader variety of jobs.

However, a machine’s multitasking capability can be multiplied by changing attachments – particularly if this can be done quickly and easily.

For example, equipped with a swivelling selector grab for sorting waste, the Wastemaster-spec JCB Hydradig proves to be an incredibly dexterous and flexible tool, allowing an operator to pick up small individual items contaminating a specific waste pile. In the next movement the same tool can grab a bucket-load of that contamination-free waste. This means the Hydradig can not only carry out the heavy shifting that only a machine can perform, but it can also do the job of manual pickers. Switch attachments and the Hydradig can also be used to feed a shredder, tidy up any of the containers around a site and even to stack loads on pallets.

The ever-versatile Wastemaster Teletruk is commonly seen working not only with forks, but also with a grapple or a bale clamp. JCB Loadalls can also be used with a vast array of universal attachments such as general purpose buckets in varying capacities, grapple buckets, forks, waste clamps, bale grabs or tools such as a yard brush. One minute it can act as a forklift, the next it can be a loader. It can even be used to cut grass in the summer when fitted with mowers.

The 5CX Wastemaster, the iconic backhoe loader, is already a paragon of versatility. With its combination of front loading shovel and rear excavator arm, this great example of multitasking is further enhanced by an array of purpose designed bucket options and other attachments, which lend themselves to the multitude of tasks that are part of a waste and recycling site’s day–to–day operations.

For example, a waste shovel with top grab bucket at the front is ideal for loose or spilled material and handling bulk waste, which is held in place by the top grab while being deposited into containers. A high capacity general-purpose 6-in-1 shovel, which enables the machine operator to undertake dozing, pile management, grabbing, handling, and loading. A Waste Multi Shovel attachment has integrated stabiliser legs to aid visibility and reach during compacting tasks or when sorting material within containers, while also allowing the stockpiling and rehandling at the flick of a switch. A Hooklift Frame attachment makes moving containers easy while a sweeper collector will keep a site tidy. With Integrated Forks, the 5CX can be used as a forklift truck to load stack and transport palletised loads.

At the excavator end, a hydraulically operated jaw bucket is good for moving large items and for digging, a compacting attachment can be used to compact materials in containers to maximise space efficiency and bin weights and a selector grab is ideal for precise re-handling in picking, sorting and loading operations.

For some users, the attachment’s value is not so much in its versatility but in its specialism. Online salvage and non-salvage vehicle auction company Copart UK, for example, has a fleet numbering around 70 JCB wheeled loaders across its 15 UK locations. Its loaders have a four metre long fork attachment, that allows Copart’s operators to lift and move badly damaged cars, which can’t be moved in any other way, around its sites efficiently and without incurring any further damage. The four metre long forks pick a vehicle up lengthways on its front and back suspension arms, thus avoiding contact with the car’s bodywork or its exhaust, and avoiding the subsequent risk of any damage.

Quick change
This is just a selection from the multitude of possible attachments and configurations. A broad range of universal attachments will make it easier to find a unit that is right for the job and will marry easily with the vehicle. Wherever a number of different, attachments are to be used, a quick-hitch carriage will boost productivity through fast, simple and safe changeover of attachments, allowing the vehicle to switch quickly between different tasks on a site. A hydraulic quick hitch allows an operator to quickly and safely change an attachment, without leaving the cab, thus minimising downtime and maximising the versatility and productivity of the vehicle.

With multitasking machines that can switch quickly, easily and safely between universal attachments, a waste and recycling site can ultimately reduce the need for larger fleets. With one machine having the ability to take over the roles of another in a matter of minutes, either on a routine basis or to cover while another vehicle is being serviced, thus ensuring continuity of site operations.