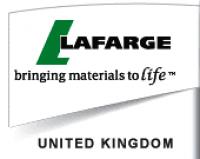 A Hertfordshire quarry hit the small screen as the backdrop to a saucy scene in BBC flagship soap, Eastenders.

Lafarge Aggregates & Concrete UK's Tyttenhanger sand and gravel quarry, near St Albans, was the location for a secret tryst between characters, Stacey and Ryan.

The plot saw Ryan, the father of Stacey's baby and husband to bad girl Janine, and Stacey enjoying a romantic interlude on the bonnet of Dot's Morris Minor motor.

Tyttenhanger's operations were suspended on a Saturday morning in October to permit the filming.

"It was certainly a different Saturday morning than we are used to at the quarry.
"The crew were filming for around four hours and it did cause quite a stir, a number of colleagues came along to watch what was going on.
"Everyone was really nice though, especially Lacey Turner, who plays Stacey who I had a chat with.
"And I was lucky enough to get some autographs sent through to me later."

The scenes were featured in episodes screened on Monday and Tuesday last week.