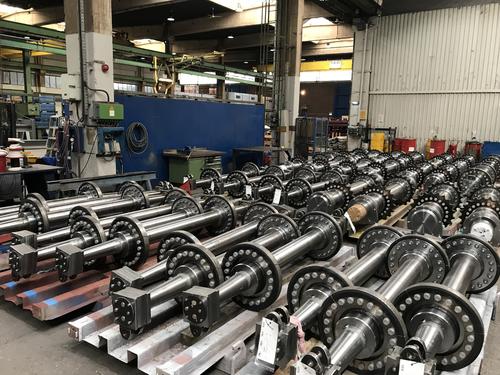 Assembly of 32 drive shafts and tension axles for the 54 AUMUND Arched Plate Conveyors ordered by AGMK has been completed at the Rheinberg works. (Photo: AUMUND) 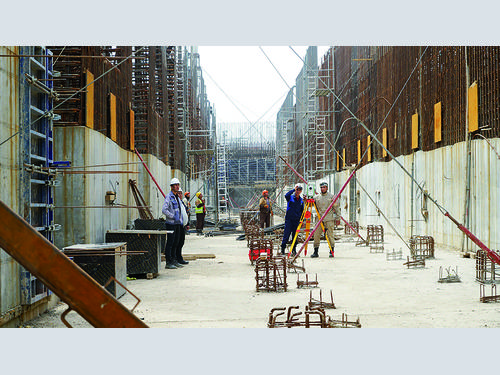 A view of the construction site for the new AGMK copper concentration complex in which AUMUND Conveyors will soon be operating. (source: AGMK) 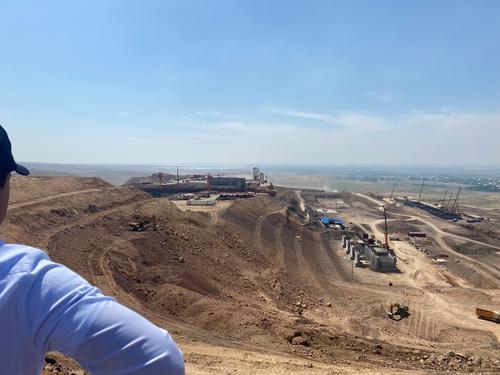 Uzbekistan wants to significantly increase copper production. The country has large reserves of mineral resources and is among the top ten with the largest resources of gold (5th), uranium (12th), copper (8th) or potash salts (4th). (Photo: AUMUND)

Almalyk Mining and Metallurgical Complex Joint Stock Company (AGMK) has placed the largest order yet for heavy-duty Arched Plate Conveyors on AUMUND Fördertechnik GmbH, Rheinberg/Germany. The 54 AUMUND Conveyors will operate in the AGMK copper production plant, which in the coming years is to be expanded to become one of the most significant copper extraction and processing sites in the world.

AGMK is one of the most important industrial concerns in Uzbekistan. For a new copper concentration complex for an investment sum of
3.34 billion US dollars, AUMUND is supplying four identical types of Arched Plate Conveyors. Six conveyors will operate under the primary crushers, and 16 conveyors will each operate as extraction conveyors under the stockpile and under the secondary crushers and secondary screens. The capacities range from 714 to 6,000 tph of copper ore, the plate widths are between 1,600 and 2,400 mm.