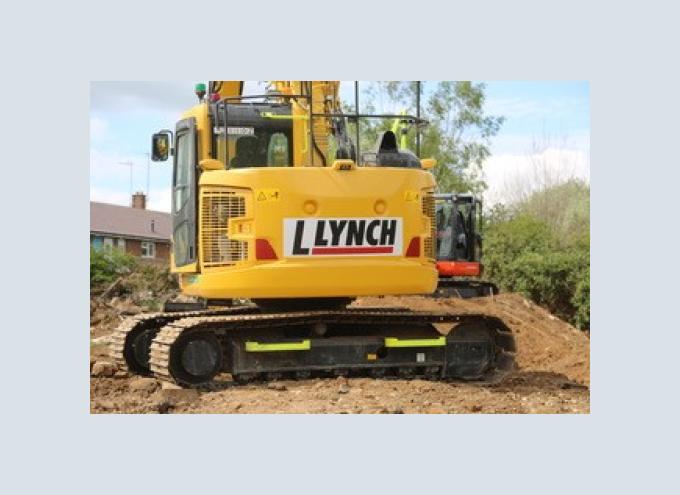 One of the UK’s leading modern plant and equipment specialists, Lynch Plant Hire & Haulage, is looking to further increase its operational efficiencies with the purchase of four Engcon tiltrotators.

The plant hire firm has incorporated Engcon’s innovative tiltrotators into its fleet of 14 and 20-tonne excavators. The investment sees the tiltrotators used in some of the UK’s largest infrastructure projects, including smart motorway upgrades and major extensions to Britain’s rail network.

Merrill Lynch, director at Lynch Plant Hire & Haulage, commented: “As the scope and scale of our work increases, so to must the diversity of our excavators. Having considered incorporating tiltrotators into our fleet for some time, partnering with Engcon, the world’s leading tiltrotator manufacturer, seemed the logical next step.

“Using Engcon’s innovative equipment on our fleet of 14 and 20-tonne excavators, we’ve already seen a real increase in efficiency at the sites on which they’re being used. One such project is a smart motorway upgrade in the South of England. Motorway work is particularly complex because of the tighter spaces our excavators have to operate in, however, thanks to Engcon’s tiltrotating heads, our excavators are able to deliver even greater precision, whatever the space restrictions.”

in total, Lynch Plant Hire has purchased four tiltrotators. Adaptable for all excavators, the tiltrotators are EC-Oil ready, Engcon's system for the hydraulic and electrical connection of hydraulic tools and attachments.

Robert Hunt, managing director of Engcon in the UK, added: “We’re delighted to supply four of our tiltrotators to Lynch Plant Hire. The firm’s excavators work on a variety of exciting projects, sometimes in challenging environments, and it’s great to see the added benefits our tiltrotators are bringing to their operations.”

The partnership with Lynch Plant Hire has had some early unanticipated benefits, too. At Engcon’s first annual Big Dig Day of 2019 in April, the company were able to display not only one of Lynch’s new 14-tonne excavators fitted with an Engcon tiltrotator, but Lynch were able to supply a new Wacker-Neuson 10-tonne Dual View dumper to facilitate the formation of the bunds used for the digging area..