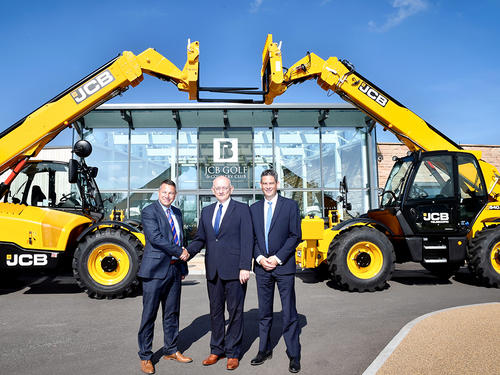 Ridgway Rentals plant hire are adding 200 new JCB machines as part of their ongoing fleet investment programme. Both tracked and wheeled excavators feature in the list in 13 up to 20 ton models.

Further additions of JS20MH materials handlers and 427, 437 & 457 wheeled loaders have been included in response to the increasing demand in the waste and recycling sector. The increased visibility and high-volume material handling abilities of these machines has been well received throughout the industry, this, together with the long term contract hire option offered by Ridgway, provides their customers cost effective access to brand new machines.

JCB Telescopic handlers in sizes ranging from 7 metre to 20 metre reach are also on the order. The booming house building industry has prompted a rise in popularity of these versatile telehandlers as well as recognition from the farming sector.

The balance of the order is for a selection JCB excavators including tracked models as well as wheeled excavators in variety of sizes.

This £12 million deal has already seen machines arriving in the second half of last year with more arrivals planned throughout the coming months.

Ridgway have been dealing with Gunn JCB for many years. Stuart Jones, Managing Director at Ridgway Rentals says “Customers ask us for JCB equipment and often want a particular spec, Gunn JCB is both proactive and responsive to these needs plus they provide national support which is hugely important to us as we rent machines out on short and long-term hire throughout the UK.”