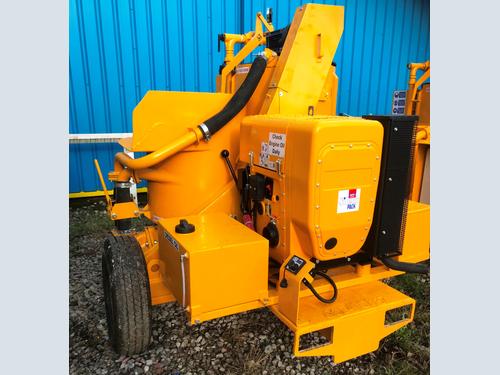 Rob Wain, General Manager, Premier Concrete Pumping explained, “We are a responsible company and we take the high standards of our equipment very seriously. We are also an environmentally aware company, so when we decided to begin this refurbishment programme, we chose these particular Hatz engines principally because it complies with Stage V emission regulations.”

EU Stage V is set to be implemented throughout the EU including the UK. This new regulation brings forward a demand to reduce Particulate Matter (PM) alongside extended control of both PM and Nitrogen Oxides (NOx.) emissions.

Rob Wain continued, “Hatz GB have always given excellent service and back up when required and are most helpful with any enquiries. Hatz engines have probably been the most reliable engine we have used in any of our plant and parts are usually delivered next day.”

“Therefore I am now looking at fitting Hatz engines in some of our other plant,” added Rob.

The project took almost two week to complete. The work comprised of a full strip down, blast, re-paint, plus a comprehensive service and repairs. The new Hatz engine was the final component making the grout mixer pump ready for immediate hire.

Hatz diesel engines have been around since 1910. From their manufacturing base situated at Ruhstorf, Germany, Hatz produce a range of modern diesel engines from 3 to 55 kW. Their UK subsidiary, Hatz GB Limited, has its facilities centrally located in Hinckley, Leicestershire.