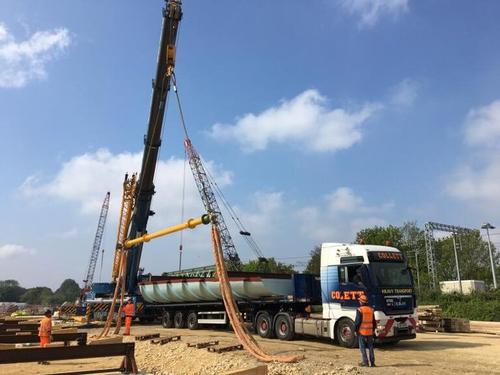 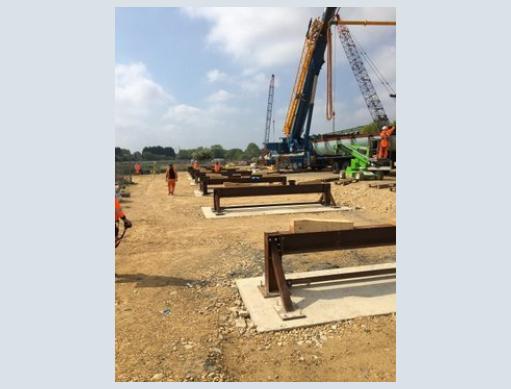 Tarmac has reached a major milestone in its work on a major project to create new walking and cycling routes linking Cambridge Central and Cambridge North Railway Stations across the historic university city.

The company has, together with SH Structures, coordinated the delivery of the new Abbey Chesterton Bridge, which has arrived on site in three substantial sections ready to be lifted into its final position later this year.

The sections were carefully and successfully delivered to site on separate wide-load HGVs under a police escort.  All work was carried out safely under the strict social distancing measures that were put in place in accordance with national construction site guidance.

Funded by Cambridgeshire County Council, the new bridge will form a key part of the new Chisholm Trail, which is being brought forward by the Greater Cambridge Partnership in the first phase of a sustainable cross-city transport scheme.

The trail will improve walking and cycling connections to the railway stations in the north and south of the city, as well as important employment hubs including the Cambridge Science Park and Cambridge Biomedical Campus.

Andy Brown, director of Tarmac’s Infrastructure business, said: “This important new route will help to support sustainable travel across  Cambridge long into the future, with this significant new infrastructure set to provide economic, health and wellbeing benefits for local people all over the city.

“We would like to thank local residents for their cooperation and understanding during this important and exciting phase of the project, as well as to our teams for carrying out the delivery so efficiently and safely under strict social distancing measures.”

Cllr Lewis Herbert, Cambridge City Council leader and Greater Cambridge Partnership board member said: “The cross-city Chisholm Trail cycleway has been championed for over a decade by our cycling community and backed by councillors – so the arrival of this bridge is a landmark moment in its delivery.

“The Chisholm Trail will unlock the east of the city by bike for many people – a new, safe and attractive way to discover the beauty of our city while getting swiftly to jobs, education and our railway stations, as well as opening up great extra routes for leisure cycling.”

Phase one of the Chisholm Trail will focus on the northern part of the route and will open up green spaces across the city, helping to provide almost entirely off-road local walking and cycling routes with safer to access jobs, education and green spaces.

The trail was first proposed by local cycling campaigner Jim Chisholm and his colleagues in the late 1990s.  More information about the Chisholm Trail is available at: www.greatercambridge.org.uk/chisholm-trail