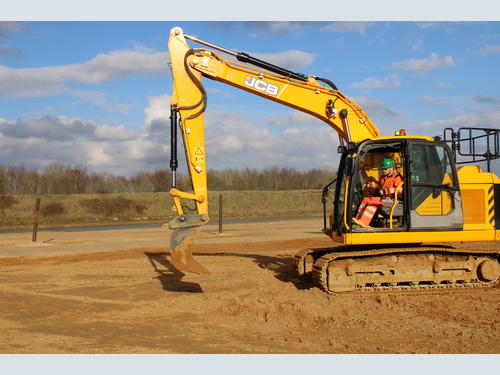 The Scottish Plant Owners Association (SPOA) is calling on plant owners to consider taking on an apprentice. Funding is in place for plant owners to access, including an Apprenticeship Grant of up to £14,500 as well as a further £500 for those employers with a wage bill lower than £400,000. Financially, the incentives mean that there has never been a better time to start an apprentice which will help to secure the future of the industry.

Speaking about the opportunity for plant owners to hire an apprentice, Callum Mackintosh, President of the SPOA, said: “Having visited the National Construction College numerous times over the last 14 months, I am always impressed at the level of knowledge being passed on by the trainers and assessors at the college. All of them are first class operators having made their own journey through the college in the 70s, 80s and 90s and going on to cut their teeth on quarrying, muck shifting and deep drainage, not just plot works like most would assume.

“I firmly believe that it is our duty at the SPOA to support the future of the industry and as such I make a point of visiting each of the cohorts at the College, offering our support and ensuring that the course is being delivered to consistently high standards.”

Over the last few years, trainees from all over Scotland have attended the facility at Bircham Newton in Norfolk, from as far afield as the Shetland Islands right down to Dumfries and everywhere in between to gain a solid grounding in an array of machine operations including 360 Tracked Excavator, 180 Backhoe, Site Dumper and Telehandler. Once competence is demonstrated during training towards the assessment criteria, apprentices are continually challenged with new site-oriented tasks over the 450-acre training site to ensure they are as ‘site ready’ as possible.

One Plant Operator Apprentice, 32-year-old Deklyn Feather from EMN Plant, described his positive experience: "The most enjoyable thing about the apprenticeship scheme at Bircham Newton is operating new and large plant with very helpful and knowledgeable instructors."

The SPOA is also happy to support employers interested in starting an apprentice but struggling to find a suitable candidate by working with them to generate interest in the local area. Employers are encouraged to contact the Association at info@SPOA.org.uk.